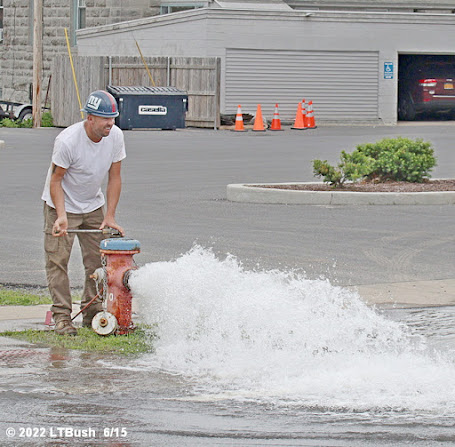 I’m waiting for the OK so I can use tap water again without any nasty bugs in it.  Until then, boil, boil, boil...

It seems that for some time the city has been lagging with its water system maintenance.  Lately some streets have been torn up to make repairs.  And I won’t be surprised if more leaky pipes need attention.

Today up the street from me a city worker was flushing out a fire hydrant.  Maybe this is the beginning of the end.

Which leads me to a controversial topic: whether or not allow a private developer, Prime, build on the Durkee Street parking lot, more taps needing water.

Before expanding shouldn’t the city at least get its infrastructure up to minimum standards? If it has trouble handing the present infrastructure what will happen with a larger one? What will the Plattsburgh City budget look like then?