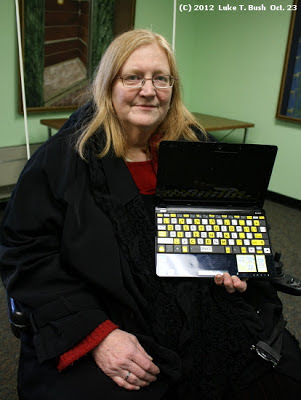 Advocate For The Disabled Debra Buell shows a keyboard after an inexpensive fix that makes it more usable for someone with vision limitations.

The news arrived late to me. Debra Buell, a dedicated advocate for the disabled, passed away on August 26th.

I first met Debra at the Plattsburgh Public Library in October 2012 when she gave a presentation about making the building more accessible to the disabled. She was concerned that the Americans with Disability Act (ADA) passed in 1990 was being ignored in some areas.

She delved into research, finding what had been written as law were empty words, no enforcement. When in contact with a governmental agency or community service group she backed her arguments up with facts that couldn't be ignored.

Debra suffered from a number of illnesses but she dealt with them. She was losing her vision and had to push to get the special optics she needed to keep doing her advocacy.

Some officials hated her. She was bringing up matters they wanted left in dark silence. If they followed the law and regulations it might disturb their untroubled perfunctory positions.

One setback was when an individual infected her computer with malware, her research avenue, hoping that she would give up. But she kept on.

There was an incident with a local restaurant owner whose sidewalk seating area blocked the way for her and other people with wheelchairs. In her video the owner acted rude, didn't care if people with disabilities had to use the street.

She also advocated for Plattsburgh City to clean its own sidewalks from snow instead of forcing property owners to take the responsibility. This issue was more than dealing with an inconvenience, it was a matter of safety. One winter a college student was forced to walk in the street due to a snow-blocked sidewalk. A car struck her, killing her.

Debra was a valuable voice in the community. Her voice is still needed. 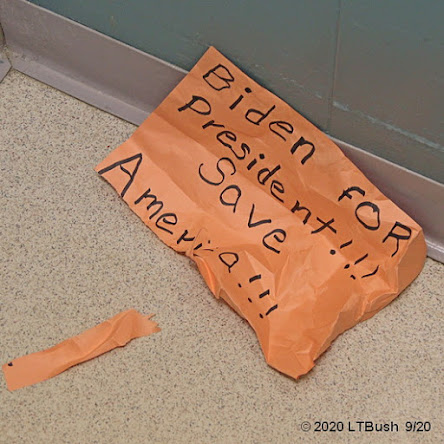 Years ago a number of informational kiosks were placed around Plattsburgh City and now they're obsolete, half-dead.  The screens are blank but this one keeps humming and rusting away.  A reminder of taxpayer dollars wasted. 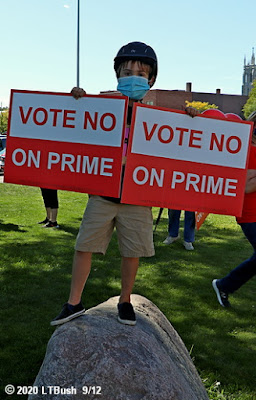 Red balloons floated in the air above the Durkee Street parking lot during the noon hour. Down below protesters and counter-protesters displayed their signs, two sides of the issue on redevelopment of the parking lot.

Plattsburgh Citizens Coalition (PCC) raised the helium-filled balloons to demonstrate approximately how tall the proposed Prime Plattsburgh LLC building will be if built. Positions were taken at each spot where a corner would sit.

PCC is not against redevelopment. They think that citizens haven't been given enough voice in the choices made with the Downtown Revitalization Initiative (DRI) grant money awarded by New York State. They believe the building project being pushed by the city is a bad fit downtown, too big and taking up too much space.

Each balloon was raised by string coiled around a tube. Each tube was marked where the balloon should be raised and how high a corner would be.

PCC members displayed their VOTE NO ON PRIME placards that matched their red shirts. The counter-protesters held up their yellow signs: Support Progress VOTE YES ON PRIME. City employees and councilors were among this group. 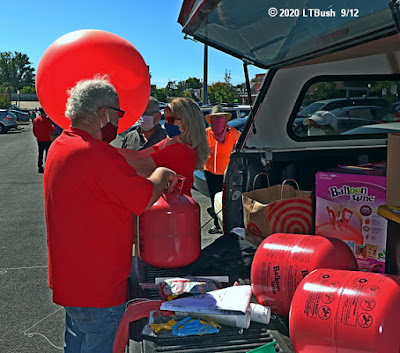 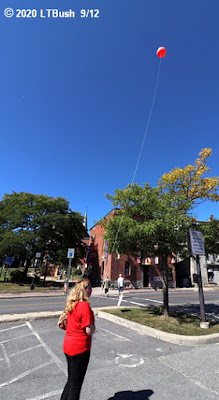 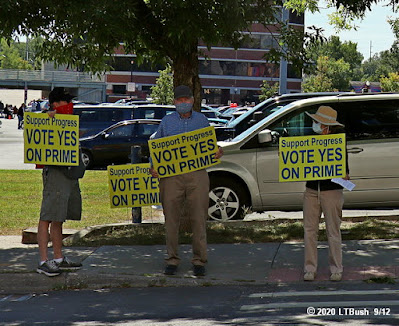 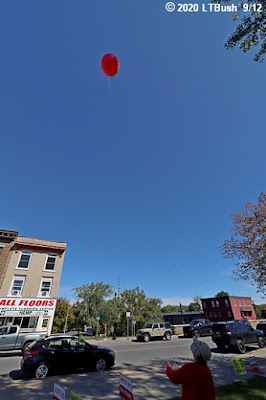 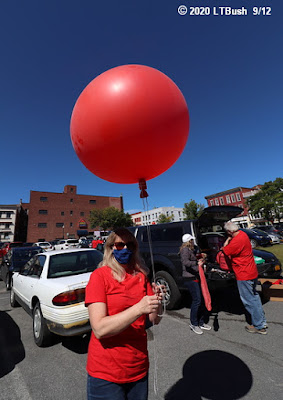 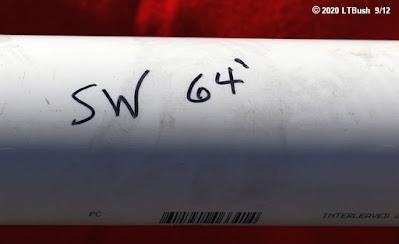 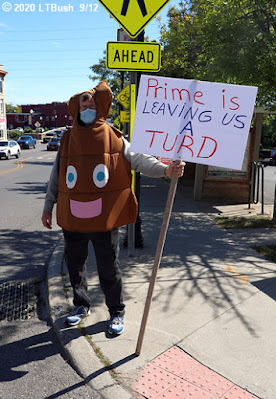 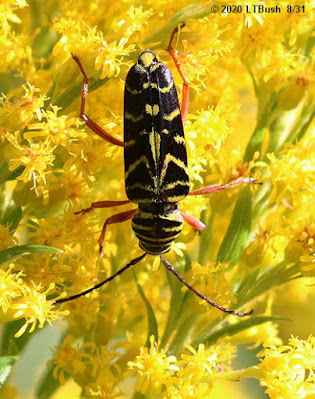 Last weekend some volunteers joined together to clean up downtown, removing weeds from sidewalk and curb cracks. A commendable job but in one case the cleanup went too far.

For weeks I've been photographing various insects visiting the goldenrod flowers at Macdonough Monument. The other day I went back and the goldenrod was missing.

I suspect a cleanup crew tore up the goldenrod thinking it was ragweed or that goldenrod caused allergies. Ragweed produces allergens, not goldenrod. 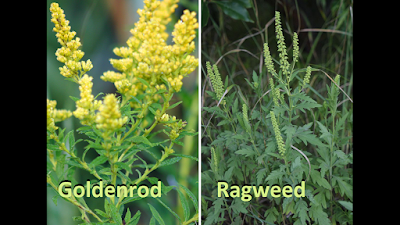 A variety of insects were visiting the goldenrod cluster for nectar and pollen. Now that source is gone.

So check out a plant before you uproot it. And when it comes to nasty plants that should be removed watch out for wild parsnip. The plant creates a sap that when mixed with sunlight on bare skin produces severe burns. Have someone familiar with the plant remove it.

And leave the goldenrod alone. 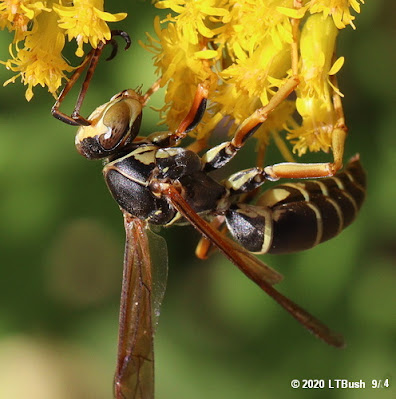 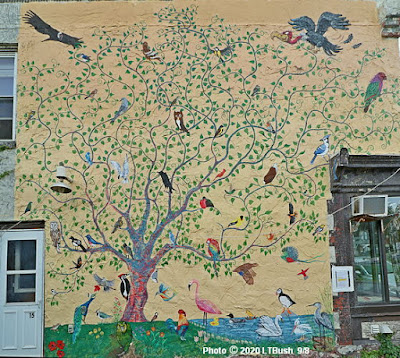