12/30/10. Thursday evening. Live music at the Koffee Kat but there was more to it than entertainment.

People gathered to take a positive approach to the problem of assaults and rapes in Plattsburgh City. Chris Rigsbee was the victim of a violent incident one night that so far hasn't lead to any arrests. He and his girlfriend were attacked by four men, apparently college students, on Broad Street. Chris was brutally beaten and his girlfriend was punched when she tried to help him.

Between performances at the coffeehouse concert there was open discussion about what could be done about the problem.

One of the issues raised was that assaults and rapes are under-reported; most victims don't call the police. This leads to the wrong perception that Plattsburgh is safer than it really is.

At the same time the City Police Department should be more open with its blotter, sharing all information besides arrests. Open cases are never shared.

It was suggested that a neighborhood watch group could be created, volunteers with cellphones set to speed dial 911.

Lowell Wurster stated that rape and attempted rape are under-reported. He used to work part-time as a volunteer at the Crisis Center back in 2005-2007. After the open discussion he told me he received at least two calls per month pertaining to rape just on his shift. He stressed that under-reporting wasn't a local problem, that it happens in other communities. It's estimated that with 80 per cent of such cases the victims never contact the police.

Chris Rigsbee briefly talked about his experience, urging victims to speak out. At one point he had trouble speaking, the incident too fresh in his mind. He stepped back for a moment to collect his thoughts. Then he continued, saying that he could understand why victims were afraid or embarrassed to report an assault but it had to be done to raise the community's awareness.

During the open discussion there was speculation that the city and college, PSUC, might be too concerned about projecting the best image. Maybe they both prefer to keep bad incidents quiet because students mean money, bread and butter. Some might not attend PSUC if they knew how dangerous the city can be.

On the topic of PSUC I spoke with George Wurster later to get his view. He said that the college should "read the riot act" to students at the beginning of the year and continue to enforce it throughout the year. He said the college wasn't "hands on" enough with students.

The event was also an opportunity to financially support Chris Rigsbee to help him cover his medical expenses. Without any health insurance he quickly ran up a sizeable bill.

It was announced that a peaceful demonstration is planned on February 3rd from 3 to 6 PM in the vicinity of where Chris was assaulted. It was noted that due to legal concerns the area can only be described as somewhere between 50 and 60 Broad Street.

Violent Encounter And Its Aftermath

Looking back that's how Chris Rigsbee would have handled the situation.

2 AM. Chris and his girlfriend walked along Broad Street, one of the main thoroughfares in Plattsburgh City. They were on their way to visit a friend. Chris wore a cap with a rainbow design.

Some people on a porch were partying. Apparently they thought his cap was a symbol for gay pride. They shouted homophobic slurs at Chris: "Faggot!" "Queer!"

Chris admits he was a little intoxicated that night. He wasn't looking for a fight -- he says he isn't a fighter.

I had to agree with him when he discussed the incident with me. He is an easy-going person, friendly, not the muscular rough-and-tumble type ready to take on any man in the bar. A bully would quickly size him up as an easy target with his long blond hair, eyeglasses, and thin build. It took four bullies to work him over that night after he stood his ground, verbally confronting them.

Once again in hindsight, Chris says he should have ignored them. The men were out to bait someone into a fight. He shouldn't have stepped on the sidewalk leading to the house.

But his response didn't justify the men knocking out his teeth, bashing his head into the pavement until blood was gushing from his mouth. When they were done, leaving him unable at first to even move, they told him: "Get the fuck off our property!"

Chris found himself in the CVPH emergency room. For most people hospital treatment would mean the worse was over. But since he didn't have health insurance, the ER surgeon refused to treat him. Chris believes that if his father wasn't with him he would have never received a MRI to check for head injuries. As it was his father had to clean him up in the ER, wiping the blood from his face.

The ER gave his father the name of an oral surgeon to contact in the morning. Chris was taken home where his mother also cleaned his wounds.

According to his mother, Samantha Rigsbee, when the dental surgeon's office opened, the surgeon refused to treat her son because Chris didn't have health insurance, even though his parents to willing to pay. He had to be taken to the family dentist who worked on his injuries, pulling out a dead tooth. Samantha watched as the dentist also extracted embedded gravel out of her son's gums.

Chris wasn't the only victim. One of the brave attackers punched his girlfriend who was trying to help him.

In the aftermath Chris decided to be pro-active. He contacted the college, PSUC, because the four men who assaulted him were apparently college students. The PSUC official said that there was nothing the college could do. Did Chris really know if his attackers were students at the school? Anyway, it didn't happen on college property and a fraternity wasn't involved, so nothing could be done.

Chris went to the City Police Department to get a copy of the incident report. He was told that he had to file a FOIL -- a Freedom of Information Law request -- to get what should be public information.

Chris points out that while arrest reports are given out to the press, incident reports are held back from the public. This results in under-reporting, leaving the public in the dark with how many cases of violent encounters are still open. While revealing the number might create an image problem, he thinks that the public should know about the open cases because if more people are aware, then more victims would come forward.

He does raise a good argument. How many times has someone been charged with a crime and other victims realized they aren't alone, they come forward and reveal other crimes by same person? Maybe a case would be closed if other victims knew the police were actively pursuing the matter. Chris had to take his story to the media to get attention to the situation, newspaper articles detailing his case.

Plattsburgh has a problem with assaults. And sweeping it under a large rug isn't going to help.

I wonder if that rug looks like a mountain. 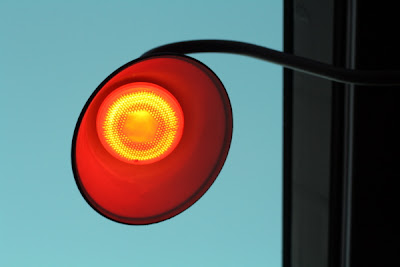 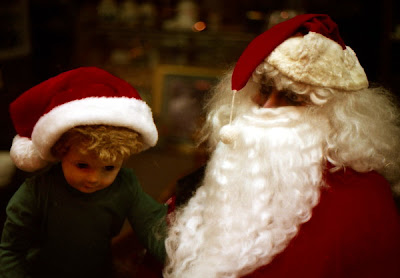 Would you want your kids to sit on this Santa's lap? Check out his eyes. They're alive, gleaming with love and the holiday spirit. 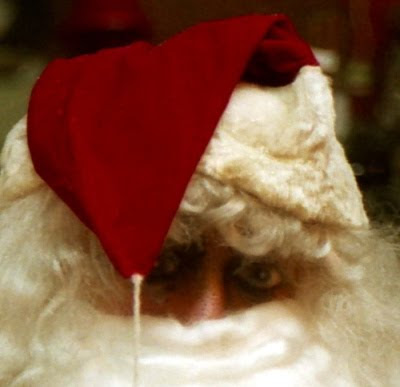 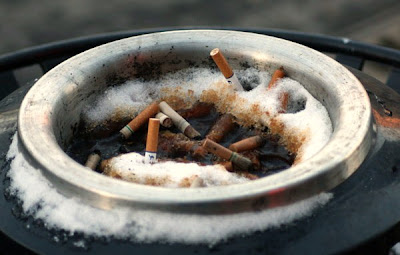 Buy a few cartons for friends and relatives. Cigarettes: the perfect holiday gift that keeps on giving -- and later on, taking. 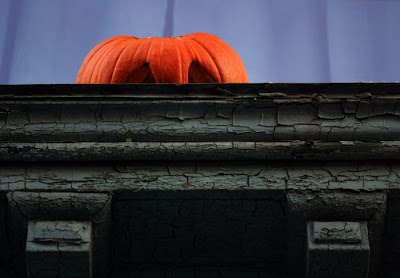 Back in October you carved me and put me on a second story ledge as a Halloween decoration. 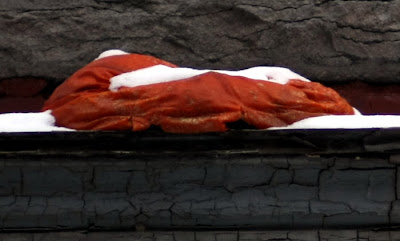 But now I'm feeling cold and depressed. Could you give me a proper burial before I slide off the ledge, sliming a passerby on Clinton Street?

Does This Offer Include Misspellings?

The Press-Republican: Keeping up with modern technology -- like spell check programs!

Cool Beans (It's In The Bag) 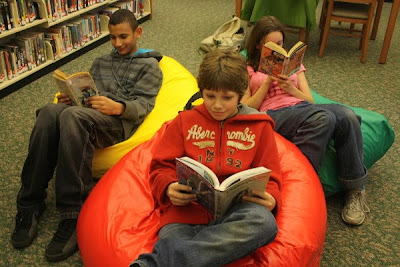 The Teen Room at the Plattsburgh Public Library has a new bag -- three of them, as in beanbag chairs. Donated by the Friends of the Library, the remoldable chairs are popular with young patrons.

PPL sponsors a Teens & Tweens Library Club that offers various activities for patrons ages 10-18. The club will meet in the PPL Auditorium (2nd Floor) from 3:00 to 4:30pm on Dec. 16, 2010 and Jan. 20, 2011 to discuss ideas for the renovation of the Teen Room. For more information contact Youth Services Librarian Sharon Bandhold at 536-7437 or email her at bandholds@cityofplattsburgh-ny.gov.


Signs point to yes. (When it comes to downtown Plattsburgh, you don't need a Magic 8-Ball.) 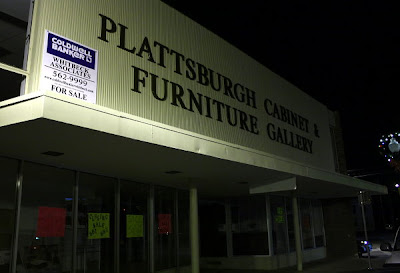 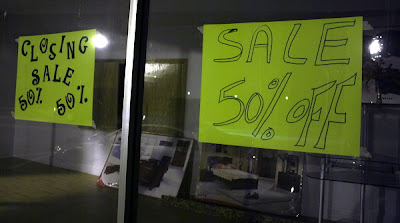 A Wreath Of Questions


For years Plattsburgh City has cut its budget due to rising costs and out-of-control spending. Back in 2007 there was no parade or fireworks on the 4th of July. That year the fireworks were moved up to the Mayor's Cup event, relocated to the city beach where there was a fee of $5.00 a carload. In 2009 the city council voted to lay off two MLD (Municipal Lighting Department) workers. Tough times. 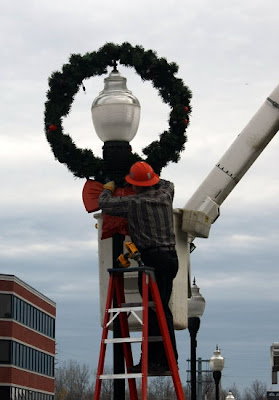 So while the city skipped the 4th of July in 2007, it still puts up a plethora of Xmas wreaths on downtown streetlights. That fact leads to some questions:

1. How much cost and time are involved with installing and taking down the wreaths?

2. What are the benefits of the wreaths? Do they attract more shoppers downtown? After all, if the city is truly on a tight budget, "They look pretty" by itself is a dubious benefit.

3. Why so many have to be put up? Would anyone notice if half of them were missing? Or would people notice if none were installed as compared to no parade and no fireworks for the 4th of July?

4. Instead of screwing around with Xmas wreaths, how about fixing that damn roof leak in the Public Library? 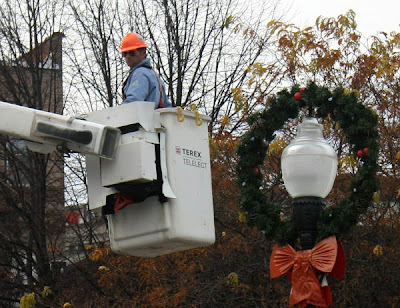 
Ever notice used furniture left by the curb? Sometimes there's a FREE sign affixed in the hope someone is desperate for a bargain, albeit one with frayed edges or broken joints. Usually the item is dumped near the street for the trashman. Of all of the furniture disposed this way, guess which type is number one? 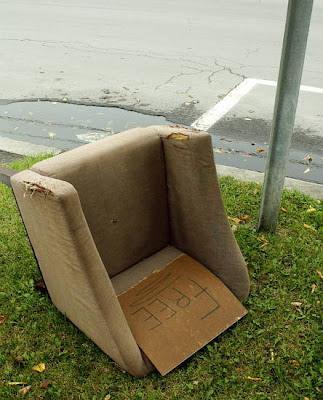 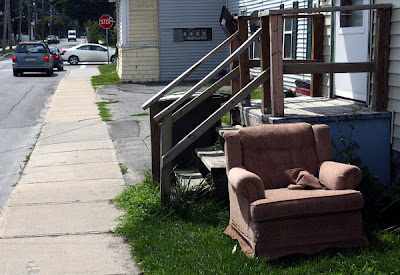 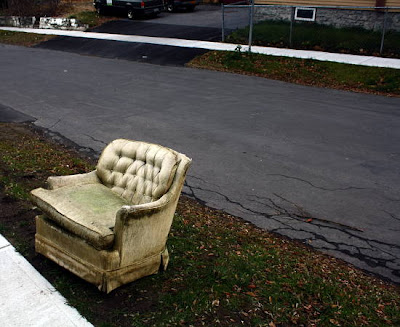 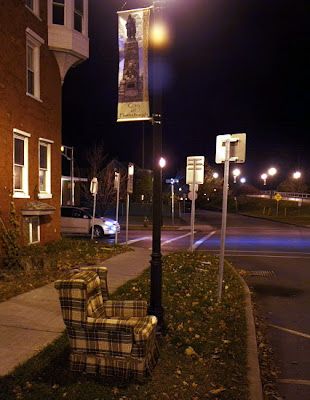 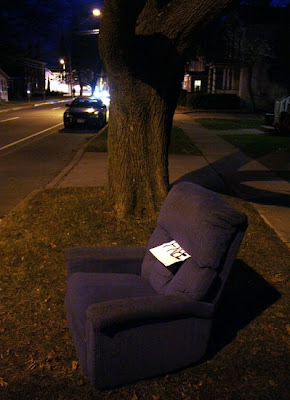 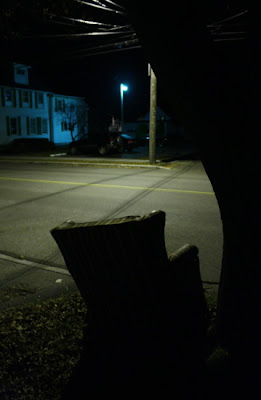