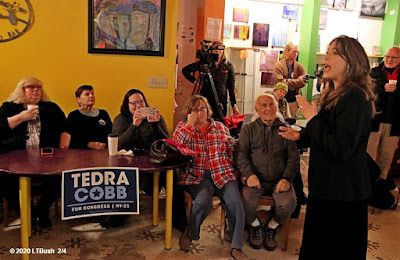 About 50 people this evening showed up at the Koffee Kat to interact with Democratic candidate for the House of Representatives Tedra Cobb, New York Congressional District 21. She as been traveling throughout the congressional district -- all 1700 square miles -- to hear from voters and share her views, trying to meet as many people as she can. She explained: "It's not about me, it's about you."

She is running against pro-Trump Republican Elise Stefanik. Tedra point out that in the beginning Elise promoted herself as a moderate but now the incumbent has proven she's not one for moderation. President Donald Trump's policies are usually Elise's policies such as her vote vote against the Affordable Care Act (ACA.)

Tedra questioned how much attention Elise was spending on her constituents in the her district. Elise is now serving Trump as one of his NYS honorary re-election campaign chairs. Time spent campaigning for Trump meant less time to work for NY-21. 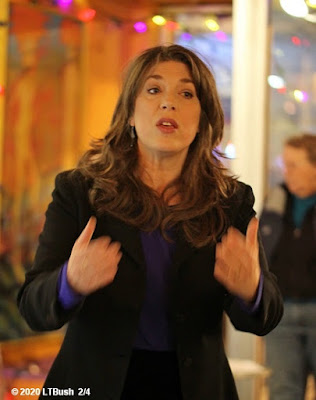 One issue discussed was health care. Tedra said she preferred a public option over a universal health care plan. One attendee said that ACA wasn't benefiting her because she was a "smidgen" over the eligibility limit.

Tedra stressed that when she served on the St. Lawrence County Legislature Democrats and Republicans worked together. If elected she will try to bring more unity between those parties in the House of Representatives.

She said if voters send the same politicians back to Washington, DC they will get the same results. 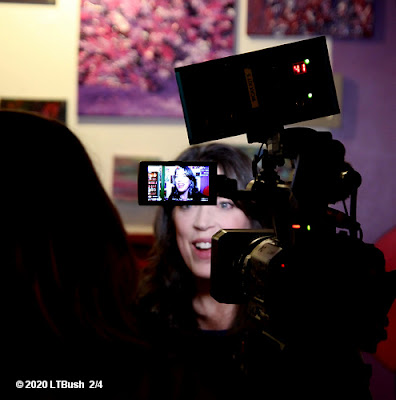 Focus stacking, laborious but worth it for deeper detail. 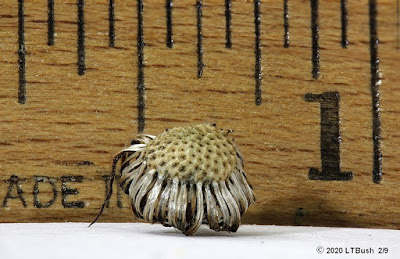 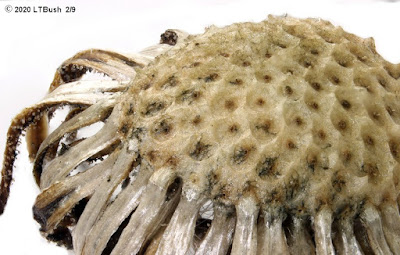 Nocturnal squirrels dropping nuts on his vehicle? No. It was a mob of crows perched in the tree above him, carpet-bombing with their crap as usual.

Last winter I reported on the problem, long stretches of sidewalks covered with the disgusting droppings. It was as bad as the chronic dogshit problem.

But like with dogshit Plattsburgh City has failed to address crows defecating on downtown. Of course the city has passed bans on fracking, plastic straws, and public smoking in wide open areas which all take precedence over animal scat.

Auburn, NY has earned the unenviable sobriquet Crow City. Crows have plagued the city for years but at least it takes action. In the evening exploding firecrackers drive away the pests.

There are options to deal with the crow problem. Just Google the keywords "crow deterrent" and a plethora of answers will pop up on the screen. 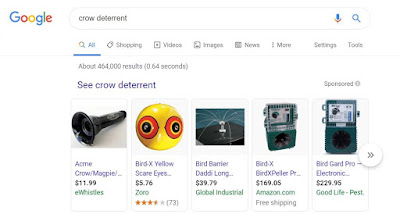 Maybe the city will cry "No money."  Well there are some free options available, The video below can be downloaded, using hawk calls to drive off the black vexations.


Or how about a crow in distress recording? When a raucous gathering disturbed my sleep early in the morning I played the recording linked below with a boombox in an open window. Good riddance. No mobs have returned, just one solitary crow, so this seems to work.

I could go on but I'm not paid to do research for the city. There's no excuse to allowing another winter of splattered Corvus crap to adorn the city.