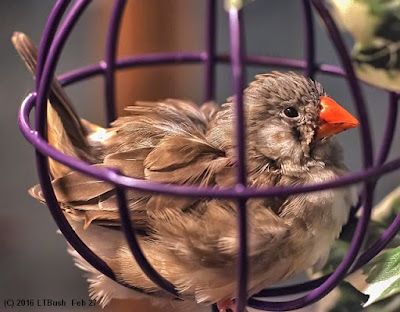 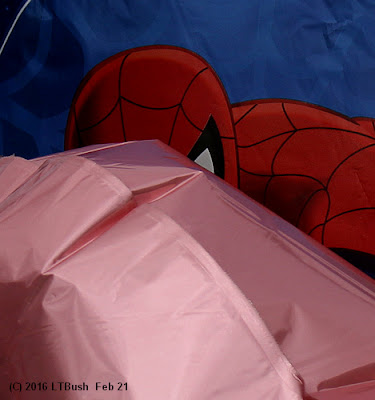 Word on the street: a county public bus caught on fire.

As reported previously CCPT – Clinton County Public Transportation – has been experiencing problems with its aging buses.  Sometimes a story is heard about a particular maintenance incident.

I emailed James with a short list of items that have been making the rounds lately.  He responded on February 26 regarding the validity of those stories.  He had talked with the bus facility management, McDonald Transit/Clinton Transit Management, earlier that day.

“I was pretty well informed,” he said, “for the most part already but I wanted to make sure I had the full picture.”

The bus that supposedly was aflame?  In this case there was smoke but no fire.

James explained that a driver claimed to see smoke, using a fire extinguisher to deal with the problem.

He continued:  “I was present when the bus was looked at by a NYSDOT [New York State Department of Transportation] official, a former inspector who has since been promoted, and the NYSDOT official saw no signs that there had been a fire. It is possible to have smoke without a fire, as unlikely as it may seem.”

He added the bus, #15, hasn’t been used since the incident.

Another item: a bus with no heat was operating during a cold spell.

The heaters were functional for the passengers but there was no working fan to circulate the warmth in the driver area.

James: “If the heaters are not working it is considered a class ‘B’ defect under the NYSDOT criteria, which means the bus can still be used in service. Obviously this is less than ideal, but it is preferable to cancelling routes.”

What about the story that a bus died and a driver had to use his own personal vehicle to get the passengers to their destinations?

The General Manager confirmed to James the South City bus had stopped operating one time for an hour but a personal car didn’t transport the stranded passengers.  Instead a company vehicle, a Clinton Transit Management Chevrolet Impala, came to the rescue.

The problem of mistaken ownership will be addressed said James.  “After talking today [with the General Manager] McDonald Transit (Clinton Transit Management) is going to add lettering to the Impala so it is clear it is a company vehicle, not a personal vehicle.”

Once again a story about an actual incident but in the retelling a key detail was distorted.

James reassured all riders that CCPT is concerned about the high mileage of the majority of the fleet  (350,000 miles in some cases) but it doesn’t want to cancel routes.

He explained: “It is not a safety concern because the driver inspection and vehicle maintenance procedures are in place to make sure a vehicle is not used if it has a defect that could affect safety.”


What was Robert Poulin’s reaction when he heard the news?

As Executive Director of the North Country Center for Independence (NCCI) Robert advocates for the rights of the disabled community.   Despite the fact the Americans with Disabilities Act (ADA) was enacted 25 years ago he still struggles with noncompliance issues with local governmental and private entities.  Decisions, sometimes negative, aren’t heard until months, even years, later.  But patience can lead to good news.

January 2013.  NCCI followed up on a complaint regarding equal accessibility at Champlain Centre Mall, a shopping center owned by Pyramid Management Group in the Plattsburgh township.

For "safety reasons" the mall management blocked some curb cuts (ramp ways) by filling them in with concrete, converting them back to regular curbs.  This meant less access points for customers who were disabled.

Even for an able-bodied person caution is needed when stepping over a curb. But the difficulty is much greater for someone using wheelchair, cane or walker. What is only a few inches high to the able-bodied becomes an obstruction or hazard for people in the disabled community.  Some may suffer injury when dealing with a curb.

One wonders how the elimination of curb cuts promotes "safety."

NCCI tried to resolve the issue locally with the mall management and Plattsburgh Town officials. The other side listened to Robert and NCCI Accessibility Consultant John Farley but remained adamant there was no violation.

In an email response Robert explains:

“The town did not feel that there was a specific code violation. Another words, there aren’t necessarily rules on how many curb cuts a big building like the mall has to have. Pyramid was advised by a for profit arm of United Spinal Association, a disability rights organization with a national reputation. Why United Spinal took the position they did will always be a mystery to me, but they essentially gave Pyramid cover.”

The next step was to file a complaint with the New York State Office of the Attorney General.

In a recent news release NCCI announced that the AG ruled in its favor.  Not only does Champlain Centre Mall must comply but other shopping centers owned by Pyramid statewide must follow ADA rules.

Robert: “Just one of the things that Pyramid must now do is rewrite their lease agreements to ensure that all merchants who rent from them comply with the ADA...that is very significant, it is incredible.”

Robert recommends people in the disabled community to file complaints when they encounter problems:

“We encourage people to call us when they encounter barriers in the community. We’ll try to negotiate a change, and if that fails, we’ll file a complaint on people’s behalf. Change doesn’t happen overnight though, it took 3 years to get this result and things may not always turn out this positive.”

NCCI’s recent victory against a major corporation proves positive change can be achieved.  It’s a matter of making your voice heard. 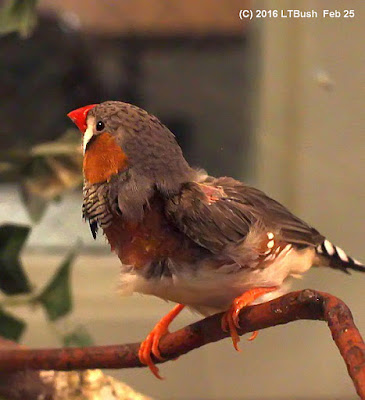 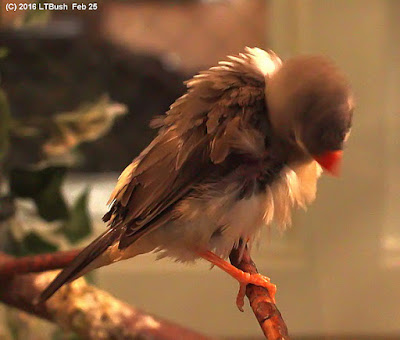 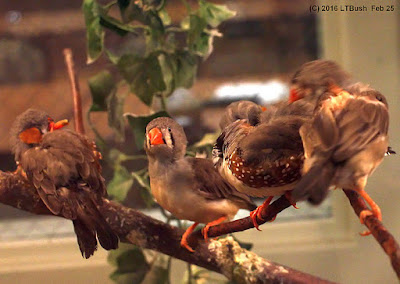 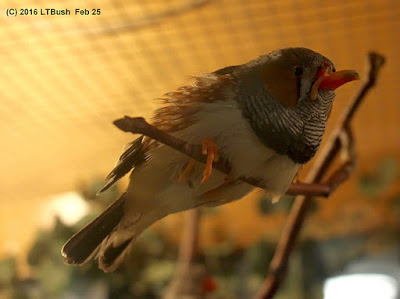 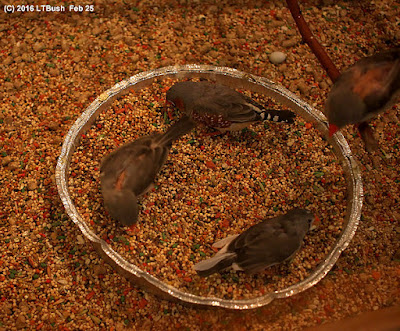 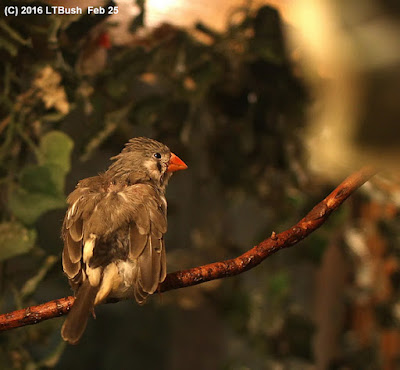 CCPT Still Got The Blues

That’s the description Richard Ticehurst shared with a newspaper reporter back in December.

Richard is the manager overseeing the operations of Clinton Country Public Transport (CCPT).  His company, Texas-based McDonald Transit, in summer 2015 took over from another private company that had been supervising county’s public bus system.

Richard made his bluesy comment after NYSDOT (New York State Department of Transportation) inspectors found problems bus maintenance records not being properly filed.  He said that his company's recordkeeping would follow proper procedure.

But other problems still plague CCPT.  Its present bus fleet has seen too many miles, resulting in maintenance problems.  Around half of the fleet is out of service, some buses having racked up about 350,000 miles.  There is only one certified full time mechanic with a part time assistant to fix the buses.

In an email interview, James Bosley, Clinton Country Planning Technician, explained that the search is on for a second mechanic.   In the meantime the aging buses are being outsourced as needed for repairs.

Ideally a new fleet of buses would solve the problem.  James said that the earliest replacement vehicles could arrive would be in September.  Why the delay?  Well, when dealing with governmental channels requests end up poking along in the slow lane.

“Since the buses are purchased through a grant, there is a process we have to follow” said James.  “Right now we are waiting on New York State to resolve a question related to the Lot H award (which is the diesel bus) on the NYS OGS Adult Bus contract. Once we have permission from NYSDOT to place our order, we will do so.”

“Once ordered,” he continued, “the buses will take at least 6 months for the chassis to be manufactured, for the bus bodies to be built onto the chassis, for the vehicles to be NYSDOT inspected and delivered to us. Then we will need to license, register, and insure the vehicles before they are put into service.”

Another problem is restoring some of the routes that were cut back.  Even with fewer routes CCPT had to temporarily shut down three of its rural runs, said James, for part of this week to prepare a bus for inspection.

“Once we receive the new buses,” he continued, “we will definitely be taking a look at potentially bringing back some of the services that have been cut and we will be doing outreach to the public as part of that process.”

Until then it will be a rough road for CCPT and its riders.