Project Muck-Up: Turkey In The Straw

The muckbeds installed in some parts of the city are a little better in that they don’t seem to get as gooey as before. Some warm weather dried them out to the point where they were like cracked clay.

Then more work was done, tilling and raking them up, making the strange crap look more like normal soil. (I still would like to see a report of the materials that make up the mysterious muck or at least know its source. Did this stuff originate in a sewage treatment plant?) More grass seed was put down and this time straw was layered over that, apparently to keep the new seed from blowing away and to stop the pigeons from feeding on it again.

But as you can see from the following images, the straw in a few places has been blown off, ending up in all over the place, especially the gutters. I wonder if the straw will clog up the street sweeper when it vacuums through the next time. Anyway, the seed is exposed again and so the straw has put down for nothing.

When Miller Street was renovated near the post office, they put down layers of green sod in the medians between the sidewalk and the street. After a while the sod took and now those medians are properly restored; viable lawns grow.

Maybe after enough taxpayer money has been wasted with muckraking, grass seed, and straw, the city will wise up and use real soil and sod again. Plattsburgh will decide it’s the last straw for this turkey project. 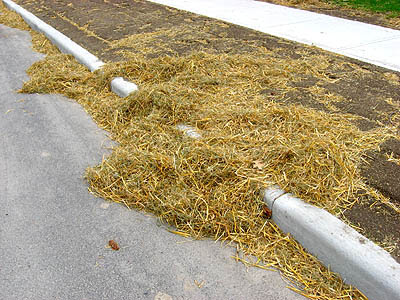 Here’s some straw that pooled up in someone’s parking lot. How would you like to clean up a mess like this in your driveway? 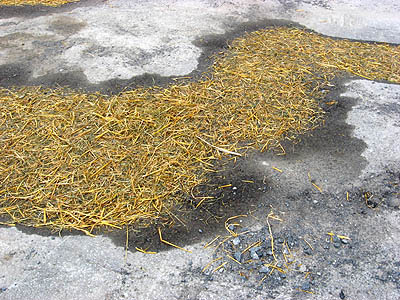 Even after drying, tilling, raking, seeding, and strawing, the median crypto-fill still becomes mucky when wet enough, as seen in the image below. So be advised: watch your step. 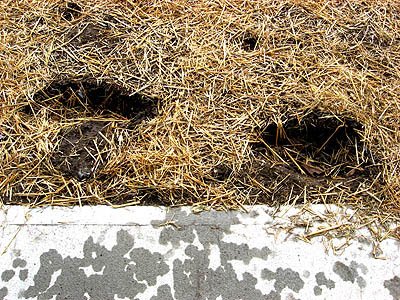 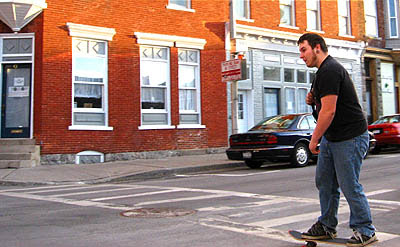 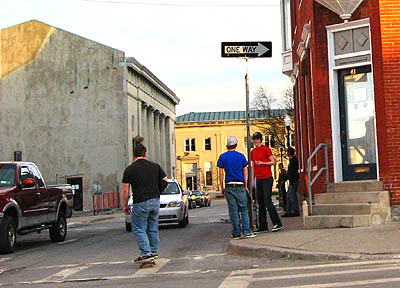 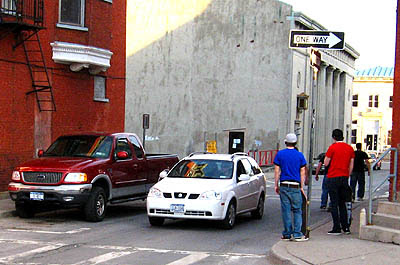 A Dog And A Pig

I’m tired of dogshat sidewalk images. There are none with this post. But I will still complain about the problem.

As I have documented in other posts, both textually and visually, for some time dogshit has been littering the walkway on Protection Alley, between Marion and Oak streets. I had assumed that stray dogs were behind the mess near the entrance to what was the Crisis Center. But then I learned it was more than just that.

I know someone who works in that area. One day she observed a man park his car and then get out, taking his dog for a walk. He didn’t have a pooper scooper or even a plastic bag. He let his dog shit on the sidewalk, then he drove off with his pet, leaving the problem behind for everyone else.

Of course, that causes unleashed dogs to think that spot is a canine crapland and the problem is compounded.

This will keep going on until the scofflaw stops using the sidewalk as his pet’s toilet. I don’t blame the dog for obeying its master. The owner is the one acting like an animal. 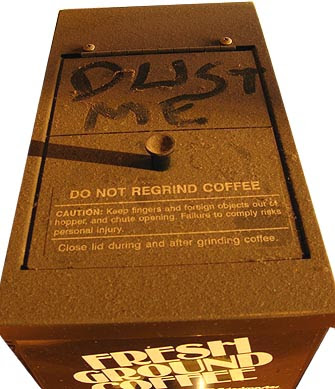 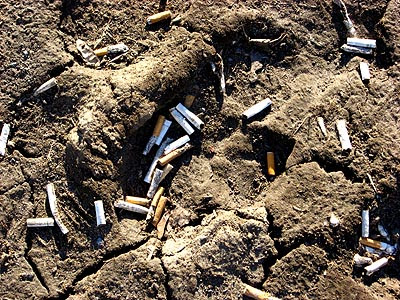 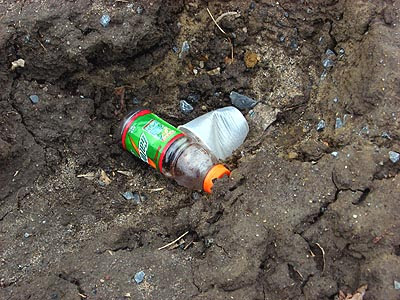 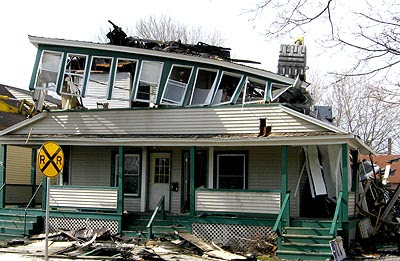 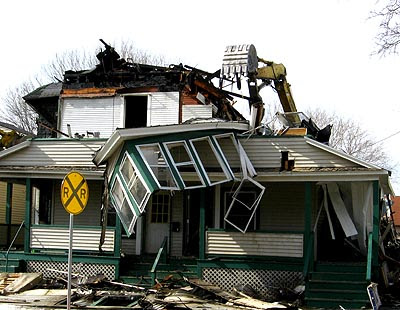 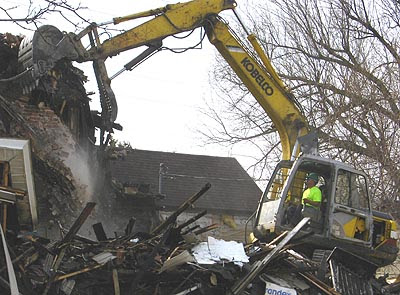 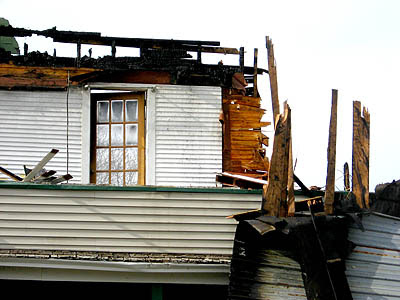 Saturday afternoon. Fourteens hours after I had photographed the fire. Part of the house crashes onto the lawn. A backhoe carefully rips through the gutted building, a mechanical dinosaur on a methodical rampage. A bystander comments that the house had been condemned.

I take some images and walk away. I hear a guy passing by me - a displaced resident? – tell his friend, "I'm never been homeless before..." 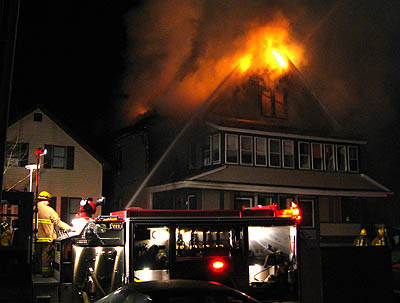 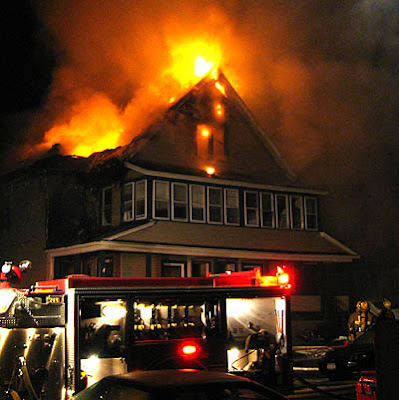 I stink with smoke. The images accompanying this text easily explain why.

I was sleeping when I heard some sirens around three hours ago. I turned on my police scanner: there was a fire at 13 Lorraine Street, a couple of blocks away from where I live.

I looked out my bedroom window. White smoke was rising against the night sky. It had to be a major fire.

I pulled on some clothes and left with my point-and-shoot digital camera. When I walked outside I could see the fiery glow fueling the smoke.

I wandered down the street where the flames were erupting. I hate seeing a house fire. Even if the residents safely escape, there is still loss. What the fire doesn’t ruin, smoke and water will get it.

As I stood there, the clichés came to mind. Stubborn blaze. Hard to knock down. I could see the fire department was doing its best, pouring on the water, powerful torrents that sometimes sent burnt shingles flying off the roof. The fire appeared to be mainly in the upper story, the attic. 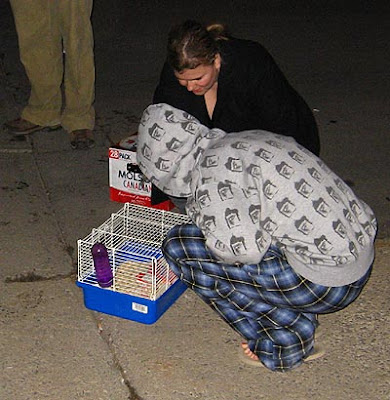 A house next door was evacuated – but not completely. One young woman who lived there told a fireman that she was worried about her hamster. The fireman went in and carried out her caged pet. She was happy. At least her hamster’s home was portable, easily moved away from a threat.

The fire kept fighting back. Countless gallons of water were poured on and in. The flames died down; gray smoke poured into the dark sky. The situation was more or less under control. I left, knowing that I still had a place to go where I could shower away the smoky residue and then relax.

But that could change in a moment.

Not loud, but not a whisper. Venting. He complained to himself, racing against the clock.

I’m at the library, sitting at a public access computer. The public computers are arranged in a semi-circle on a large desk, a cluster workstation partitioned into carrels. Each carrel provides some privacy but it doesn’t isolate a user from nearby sounds, including grumbling.

On a computer next to me a man was muttering about filing his income taxes on time. I ignored the guy and concentrated on my own screen. It was obvious it was a bit stressed out, filing so late.

After I was done computing, I grabbed the newspaper and went to sit down in a big comfy chair. I saw that the tax prep guy had loosely dropped his forms all over the carpet by his spot. There isn’t a lot of table space with a computer carrel, but he didn’t have claim so much floor area. 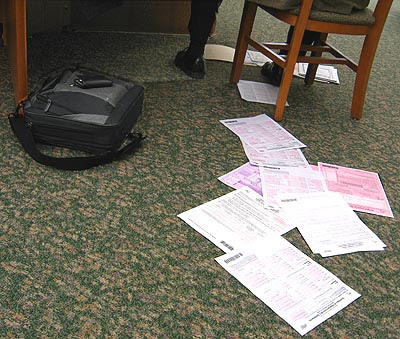 I stepped around his scattered paperwork. I wondered for a moment if his refund would be screwed up if I left a big, dirty footprint on his clean, white form.

I had the feeling he wanted to be noticed. 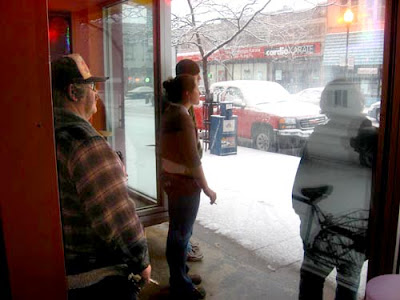 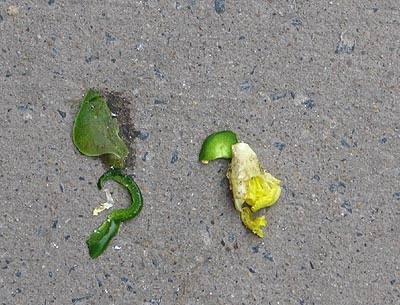 Need a pepper or pickle… 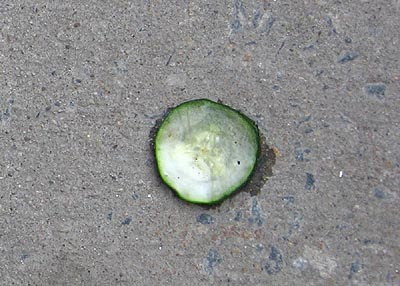 …or how about a cucumber slice? 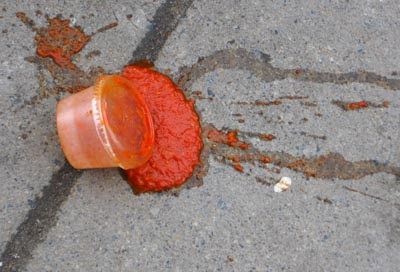 Got some sauce for your veggies. 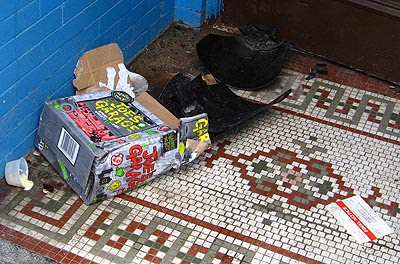 Sorry, the WELCOME mat is around here somewhere…

To top it off, a Paper Parade for Plattsburgh Pride. 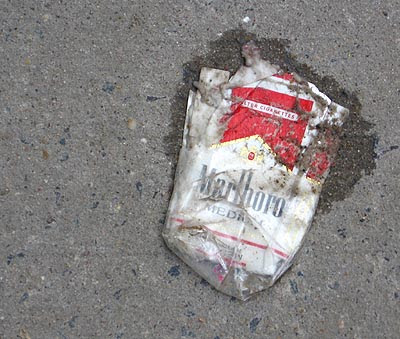 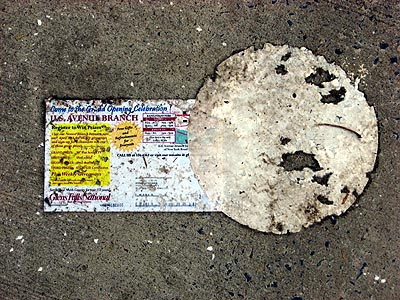 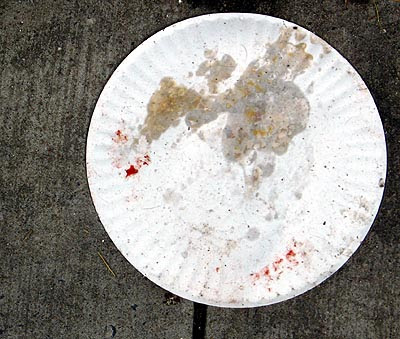 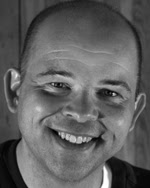 A date that will live in infamy – or at least stupidity.

Over in Burlington, Vermont, WCAX-TV has been showing its own localized version of a late night talk show, hosted by one of its salesmen, Tim Kanavagh. During one of his monologues on Late Night Saturday, Kavanagh made a “joke” about a house in Rio de Janeiro built from trash. The government was preserving this house as a model for recycling. Then Tim punchlined:

“This is a little bit different from the folks over in Plattsburgh where the houses have the trash living inside.”

The audience groaned and Tim backed off, saying that he didn’t write the joke. But he still approved and read it.

Someone should explain to this Letterman-Leno wannabe that joke-telling is an art. Yes, I take shots at Plattsburgh but they’re not cheap blanket shots, barnbrushing its citizens. I only poke fun at the expense of those who are responsible for taking care of chronic problems. I choose my targets carefully.

After all, anyone can make an unfair statement. For example:

If you haven’t seen Tim Kavanagh on TV, he’s a hairless ape whose comedic style can be best described as simian feces-throwing.