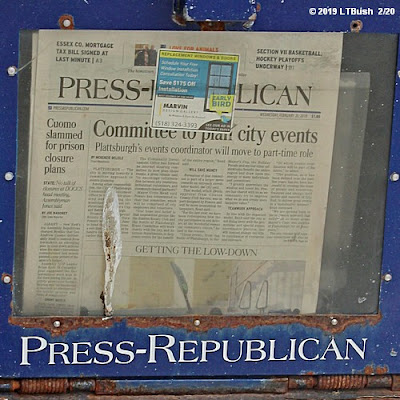 There's a crow problem downtown.  Splattered sidewalks.  Are the crows the only ones providing coverage?

Hear that giant sucking sound? That's the lifeblood being drained off the local newspaper.

Community Newspaper Holdings Inc. (CNHI) is drawing money away from the Press-Republican (PR) for the benefit of the Retirement System of Alabama (RSA). Does CNHI or RSA care about journalism? Sure, as long as the returns are good.

RSA CEO David Bonner just loves journali$m. In one article (Alabama’s One-Man Pension Show) the reporter declares Bonner's office rivals that of governors in larger and wealthier states. And in an opinion piece (How an Alabama state employee built a billionaire’s lifestyle in a taxpayer-funded job) the reporter chooses the adjective "palatial" to describe Bonners' executive digs.

And befitting such a man Bonner has access to two private jets used by RSA.  (The RSA General Counsel states this saves money for the State of Alabama.) Meanwhile some Press-Republican employees have to make do with their aging personal cars, keeping up with insurance payments and repair bills. Maybe Bonner will fly to Plattsburgh City and give these employees a thrill ride on one of those jets. 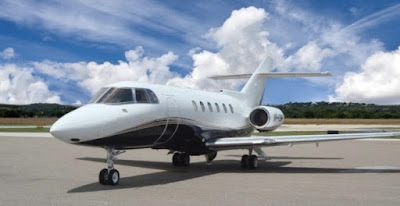 Let's not forget those in Bonner's circle who slave hard for low pay as detailed in articles like Dr. Bronner’s newest $200,000 employee and Retirement Systems of Alabama pays $370,000 in bonuses to investment staff.

With his deep interest in journalism I wonder if Bonner ever heard of the news desert. The University of North Carolina - School of Media and Journalism - Center for Innovation and Sustainability in Local Media (Got that?) has this definition: a community, either rural or urban, with limited access to the sort of credible and comprehensive news and information that feeds democracy at the grassroots level.

The University of North Carolina etc., etc. has another term it uses: ghost newspapers referring to papers that still exist but are shells of themselves.

So how did the PR end up getting the lifeblood sucked out of it?

According to the 2018 The Expanding News Desert report by the University of Carolina etc., etc. RSA decided to get into the newspaper business when things were going well. Most papers in non-competitive markets were operating with margins of 20 to 50 percent. (I heard in the PR's heyday its profit margin was about 50 per cent.) Time to buy up local newspapers, creating a profitable chain. But online competition like Craig's List ate into local newspapers' classified ads. Add the 2008 recession and print journalism went into a deep decline.

Thus began the cost cutting. Putting employees on one week furloughs per quarter -- you know, a wage cut. With fewer reporters the PR has to fill in its newshole with oversized photos, some of them submitted for free by readers. The paper also gets free "news" by quoting reader comments from its Facebook page. ("Jeezum Crow, that Trump is the man!")  Lately sharing news articles from other regional papers like the Glens Falls Post Star keeps the cost down. So how local is local news?

What stories aren't being covered by PR reporters? It's been a while since the PR has published anything resembling investigative reporting. From what I hear there are stories to be uncovered so the excuse for news not being there is invalid.

Corners cut means stupid typos and dumb layout mistakes like an advertisement covering up part of an obituary. The quality drops and only older readers keep with the newspaper habit. Like the joke says: If you want to see the latest subscription cancellations for the paper read the obits.

At one time the PR was locally owned until it got "chained." The best bet for its survival is to unchain itself from CNHI. Keep the money at home instead of spending it on private jets for rich guys living in luxury in Alabama.

So what does the future hold for the Press-Republican?

Summing up its take on CNHI The Expanding News Desert report says the chain is facing declining profit margins, causing RSA to push for better returns on its investments. CNHI newspapers are up for sale, meaning that those not sold will be shut down.

Who wants to buy a hollowed out husk?

That is, a ghost?