Dare To Enter? Y Not 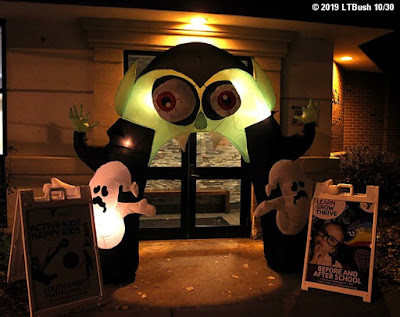 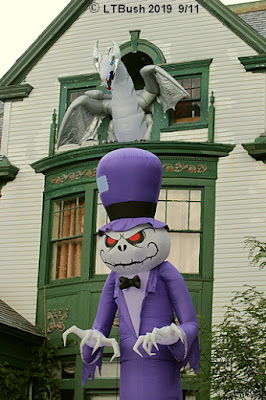 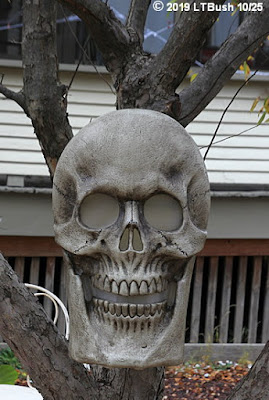 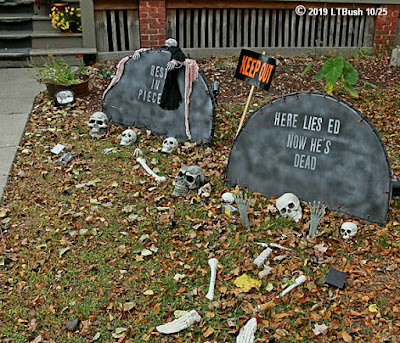 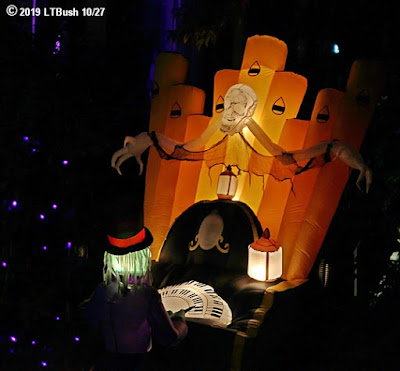 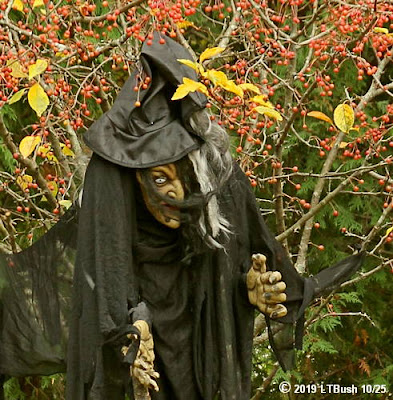 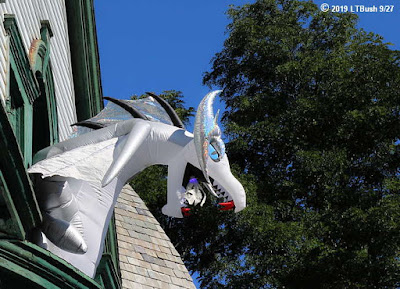 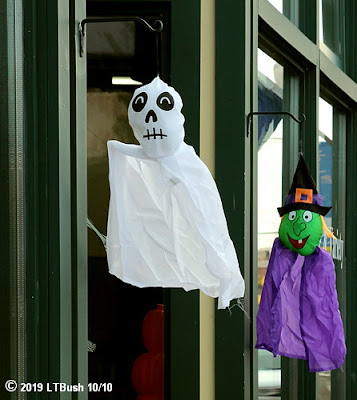 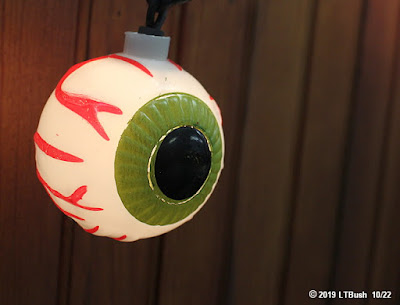 Build It But Will They Come? (The Hole Story)

It's not often I attend a public meeting and hear words like "tyranny" and "follow the money."

But some citizens are strongly opposed to the plans for the use of the DRI (Downtown Revitalization Initiative) grant money awarded to Plattsburgh City to bring improvements to its downtown.

Plattsburgh Citizens Coalition presented an informational meeting this Wednesday evening in the second floor Old Courthouse auditorium. This group was formed to put truth to power, saying that the city is pushing its own agenda while at key points leaving the public out of the process.

Sylvie Beaudreau, Plattsburgh State history professor and PCC member, explained that PCC is not anti-DRi: it's only against how the grant money is planned to be used, particularly with the Durkee Street parking lot.

The city is working with Prime Companies from the Albany area, she said, on a proposal to remove most of the convenient parking spots to build a building with 114 high earner apartments. This ignores the original plan to make the area more of a public space with river access and an expanded farmers market. The proposed Durkee Street project was included in a survey and it ranked towards the bottom. Some of the money will be spent on upgrading empty downtown storefronts, she added, and smaller projects like that would be better than putting a major part of the grant into a huge project.

The next speaker, Kevin Farrington, mentioned how some people had resigned from the parking committee looking into the creation of new parking spaces because they felt the city had made up its mind, ignoring any input from citizens and business owners. The city thinks it's above the law, he said, referring to the "current tyranny." He emphasized that the city took the original DRI framework and changed it to what it wanted. (Note: Kevin's position as city engineer was eliminated in 2017 as part of the city's budget cuts.)

Among other key points presented during the meeting it was mentioned that if the deal goes through as it now stands with Prime Companies --- for example the PILOT (Payment In Leui Of Taxes) agreement -- it will mean a raise in taxes for most residents.

A Q&A session followed the presentations. One audience member asked who was benefiting from the Prime deal, was anyone following the money?

Kevin Farrington said Mayor Colin Read sits on the Arrow Financial Corporation’s Board of Directors, the parent company of the Glens Falls National Bank, receiving millions of dollars in compensation.

After the meeting I spoke with a couple of speakers about the big hole in downtown Burlington, Vt. created for another big building project that so far hasn't materialized. I asked if that could happen with the Durkee Street parking lot project if Prime didn't follow through. Both answered in the affirmative.

And there's another question that others have asked: Who will be able to afford those high earner apartments in the proposed residential building? Like they say: Plattsburgh City ain't Burlington. Many citizens live on a beer, not wine, budget.

Something's wrong when I end up getting news from Facebook, not the newspaper.

Dr. Sylvie Beaudreau is an Associate Professor, Northern American History, at Plattsburgh State University. Also she is a member of the Plattsburgh Citizens Coalition that is challenging some decisions made by city government regarding the use of DRI (Downtown Revitalization Initiative) grant money.

On the Facebook page Save Durkee Street Parking Lot (post dated 10/3/19) she shared what she had observed earlier in the evening at the Plattsburgh City Council meeting.

One topic was a budget problem that could mean the closure of the public recreation gym at the old Air Force base property. At the end of the meeting Mayor Colin Read invited citizens to share comments by stepping up to the podium.

In her FB post Sylvie mentioned that Jeanne Clark, former owner of Zuke’s Subs, walked up and stood across from the mayor, not at the podium. As usual the meeting was video recorded and the incident can be viewed here.

City Councilor Rachelle Armstrong told Jeanne she was out of order, that Jeanne could only address the mayor at the podium. (Cynical observation: "Damn rabble! Stay behind the barricade!")

I think such a confrontation is notable because it shows some citizens have anger towards the mayor, the frustration they feel with his leadership style. But the next day Press-Republican article about the meeting listed a number of comments by citizens but omitted the one by the angry citizen.

Some could argue that it wasn't newsworthy.

While watching the video I noticed a reporter from WCAX-TV from Burlington, Vt. (WPTZ-TV, once based in New York State, wasn't there. The news team probably rushed to Enosburg Falls, Vt. to cover someone's front lawn crabgrass problem.) So I checked online and found the WCAX News story that included a clip of the confrontation. At least they thought it was worth mentioning.

The purpose of a newspaper is to publish news. 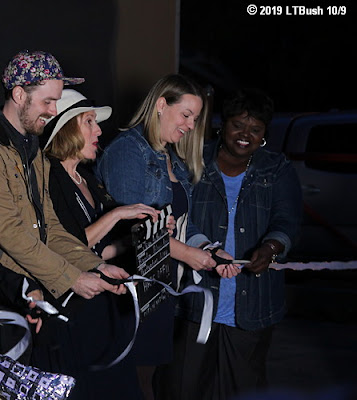 Despite the rainy weather artist Brendon Palmer-Angel (left) was able to finish the Jean Arthur mural in time for the evening unveiling and ribbon cutting. The mural is 40 feet high, dominating the back wall of the old Merchants Bank seen from Protection Alley. 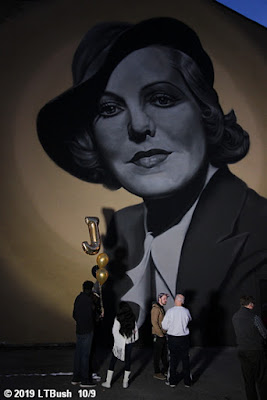 Mural With A Message 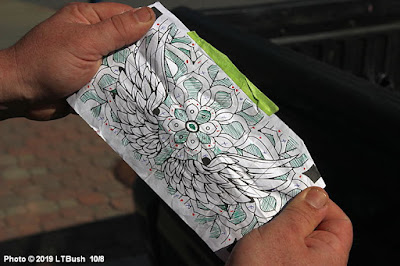 Artist Dennis Smyth of Body Art Tattoo holds the reference sketch for a new painted mural on a Durkee Street building wall. He explains the mural is being created for Stop Domestic Violence, the design a mandala that will include a hotline telephone number. 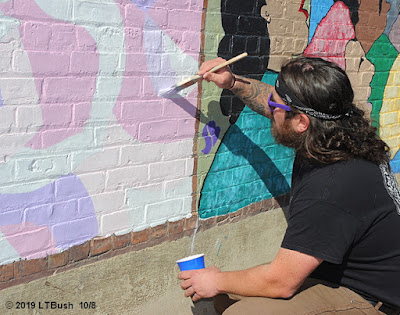 With the sunny weather Dennis thinks the mural will be completed in a couple of days.

In the Thursday, October 3 edition of the Press-Republican newspaper there was a Letter to the Editor concerning photography (see accompanying image. Click on it to enlarge.) I glanced over the letter assuming it referred to a city employee. At one time Plattsburgh City was going around taking photos of hedges intruding over public sidewalks. Using these photos the city would contact property owners to trim back their hedges.

Today someone pointed out that when they read the letter they thought it referred to me. She mentioned that I was known for taking photographs of problems in the city.

After a second read it sounds that the letter writer was referring to me. Gee, I didn't know I was the official photog in charge of documenting municipal trouble spots. It appears I've been slipping in conducting my duty.