After It Hits The Fan: Mayor Reacts, I Respond 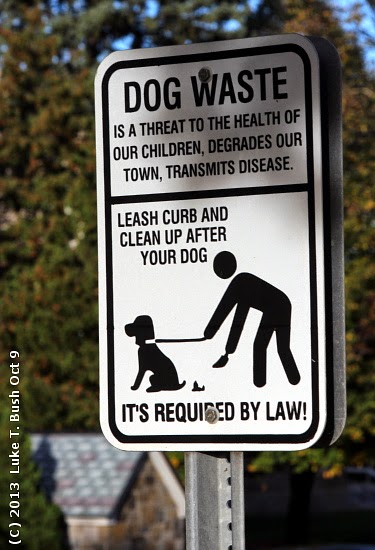 As mentioned in a previous post  I documented over at my other blog, Dogtown 12901 that dogshit remained next to the Veterans Monument in Trinity Park for about two weeks.  I emailed Mayor Jim Calnon the link and below is his response and then my reply I have just sent also via email.

First of all, thank you for calling this to our attention. We get dozens of calls like this to various offices, including mine, each week. We are always grateful when one of our citizens alerts us to a pothole, garbage, uncleared sidewalk, dog/bird droppings, skunks, streetlights out, and a host of other unpleasant things.  While we do see many things in the course of a day, we do appreciate the notice, particularly when we haven't seen it yet.  We should have this monument area cleaned today.

Secondly, however, is the means that you chose to give us notice.  Had you drawn our attention to it and we failed to clean it in a reasonable amount of time, we should be hung out to dry.  But, rather than tell us first, you post it on the internet and then send us a notice that it was posted.  Some unthinking and uncaring dog owners allowed the beauty of our City and our honoring of veterans to be marred; posting your blog before notifying me that it was there,  or putting down the camera and picking up the offending mess yourself,  was unthinkingly and uncaringly spreading your version of dogshit on the internet.

Thank you for your quick reply.

The dogshit issue like clearing snow from the sidewalks has been one of the major complaints from Plattsburgh citizens for decades.  The Press-Republican has run articles and letters about the problem. Ergo the city should be aware of the problem.

The problem has also been discussed in common council meetings.  I remember one PR article from years ago that included a statement from a councilor who said he was in New York City (Manhattan) over the weekend and it was cleaner than downtown Plattsburgh when it came to dogshit.

I find it surprising that no city employee, especially one employed by public works, noticed the mess at the Veterans Monument over a period of two weeks – not two days.

From what I understand there used to be a part-time city employee who specifically cleaned up the downtown area.  Is he still on the job?

It's time for the city to raise awareness about the dogshit problem, especially when someone can be fined for not picking up their pet's waste.  The threat of a fine for a property owner not clearing a snow from a sidewalk seemed to make a difference over the winter.

In your reply you said that I should have put down my camera and picked up the offending mess myself.  Really.  I didn't leave the mess.  I'm not a city employee.  Not my responsibility.  It is the responsibility of the owner to pick up after his pet.  Besides signs in Trinity Park telling dog-owners to scoop up, there is a waste bag dispenser standing in plain view in case a dog-owner forgot to bring a plastic bag.

And if the owner leaves the fecal matter behind and is caught in the act it's then upon the city to enforce law and fine the owner.  If the scofflaw isn't caught then the city has the responsibility to clean up the mess.  So please don't put this problem on me when the blame lies elsewhere.  Also, I'm not being paid by the taxpayers and downtown businesses to pick up after human pigs.

You said in your reply it wasn't fair that I posted first and then contacted you, that I was "was unthinkingly and uncaringly spreading [my] version of dogshit on the internet."  No, it's not my "version."  The dogshit was there: objective fact.  I only made a photographic record of it.

The trouble with me reporting the problem, again and again, to the city directly without raising awareness through my blogging leaves the issue in the background, out of sight, out of mind.  Maybe other citizens will now say something instead of averting their eyes and walking on.

And since I consider your email response public I will be posting it at my blogs with this reply.


I hate repeating myself but...

WARNING: Disgusting images.  The link has been emailed to the mayor.
Posted by Luke T. Bush at 1:55 PM No comments:

The first issue of UnderCurrents – a community newspaper "to look below the surface, to find and report the rest of the story" – is now available in its hardcopy form at various locations such as ROTA, Lake City Books, Richard's Grocery, Starbucks, Aubuchon Hardware, Koffee Kat and North Country Food Co-Op.

The inaugural edition is also available as a PDF file at http://undercurrents.webs.com/ .  (Disclosure: I helped to create the UnderCurrents website.)

On occasion artist/sculptor Gharan Burton opens up his apartment for a few hours to let other artists and art-lovers stop by and enjoy his work.  A low-key event this Saturday evening, jazz/wordbeat music playing in the background as visitors talk about art, topics such as creating for commercial sales (“Adirondack landscapes sell”) or just for yourself (“I like painting abstract nudes”).  Gharan’s work is displayed everywhere from his studio to the kitchen to a side room where he carves in wood.  It is indeed an arthouse. 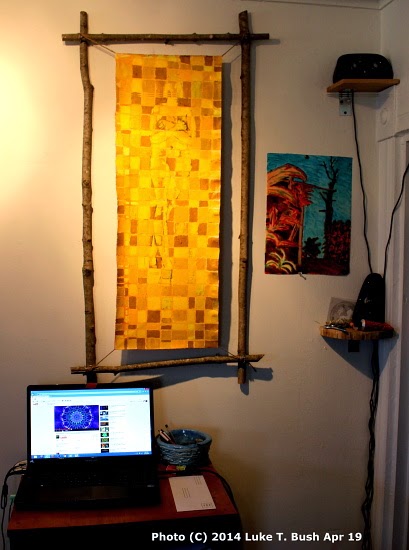 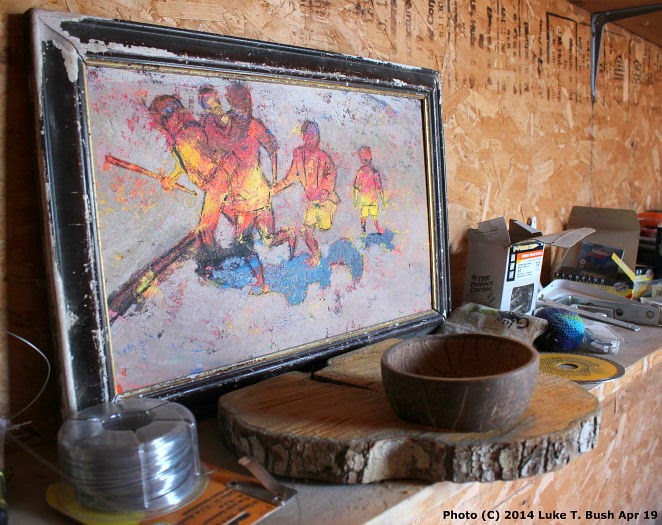 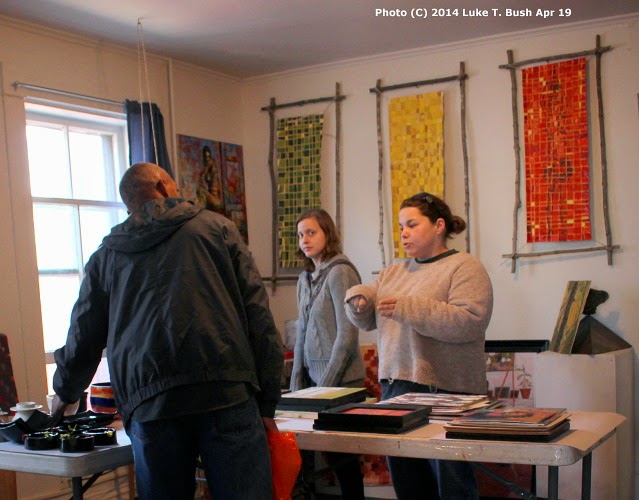 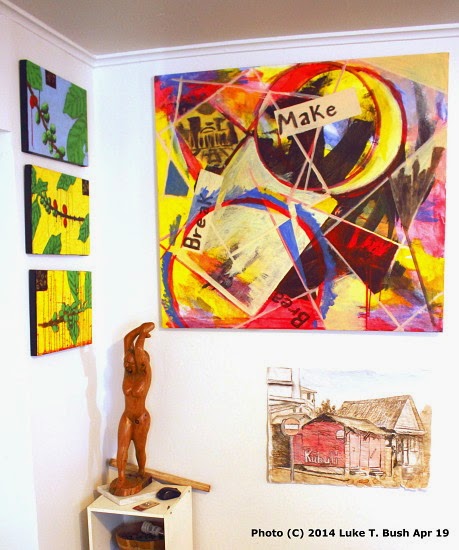 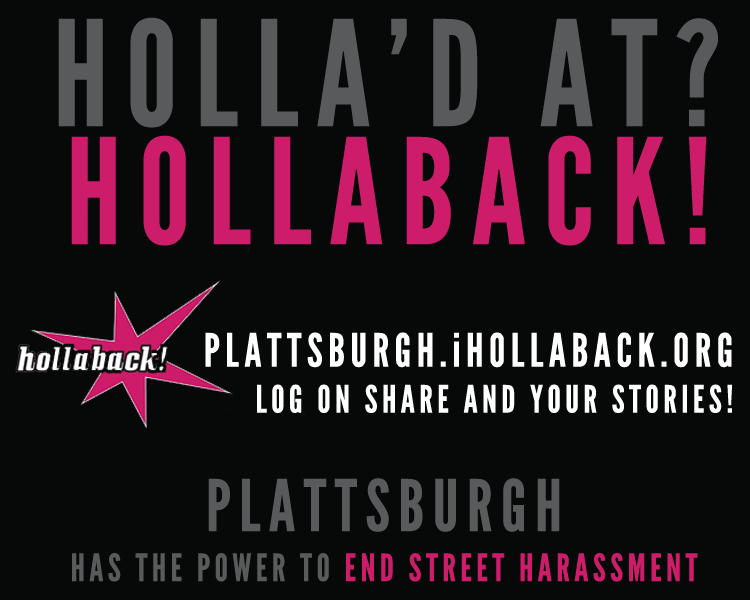 Have you been the target of street harassment?  Hollaback! wants to help.

Hollaback! is an international organization dedicated to ending such harassment.  Activist Matt Hall has formed the Hollaback! Plattsburgh group which recently launched its website: www.plattsburgh.ihollaback.org .

Street harassment victims can report and share such incidents on the site.  Plattsburgh Hollaback! also provides information on how to handle harassment encounters.

In a news release Matt Hall explained: “I have come to realize the full depth and impact of street harassment in Plattsburgh through talking to people in our community, especially folks living in the downtown and campus areas."

Also in the news release Hollback! Plattsburgh team member Justin Passino said among the goals for the website was raising awareness of the street harassment problem.

Justin pointed out: "I've read criticisms where people believe Hollaback! is a form of generational coddling and that harassment is only a problem for the overly-sensitive. But violence, mayhem and assault can stem from the same process of dehumanization that occurs when someone decides to harass or assault someone. The victim becomes devalued and is no longer perceived as a person but instead as a target or a conquest.”

"She currently resides in Berlin and has no plans at all.... only WORLD DOMINATION!!!!" 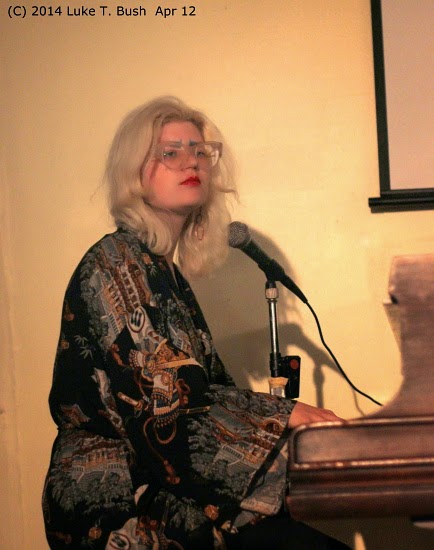 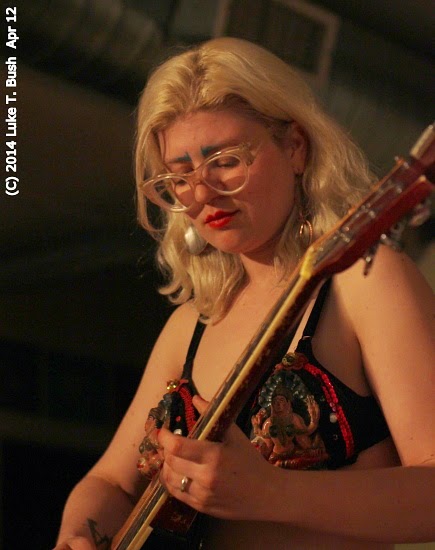 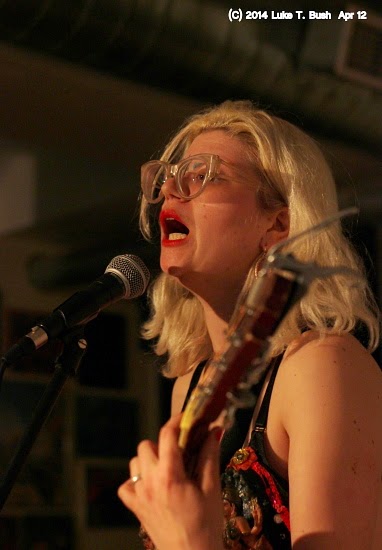 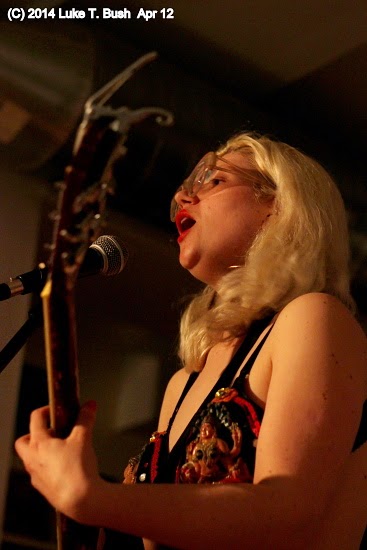 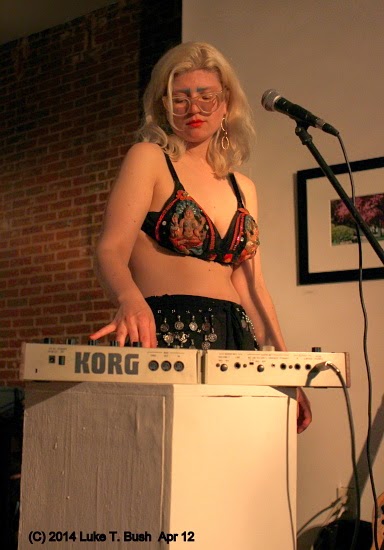 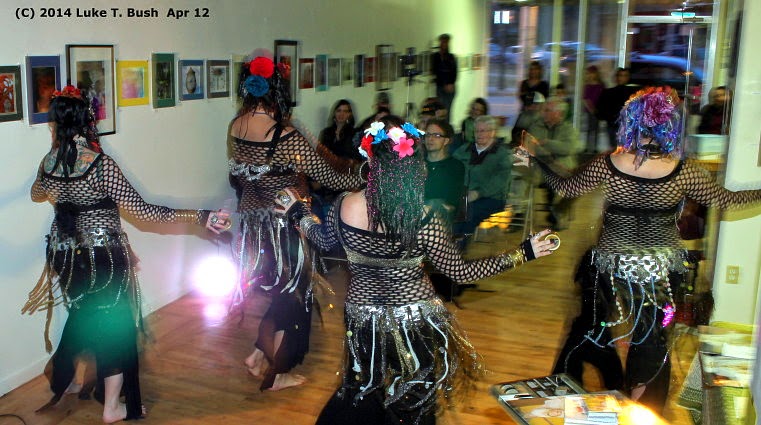 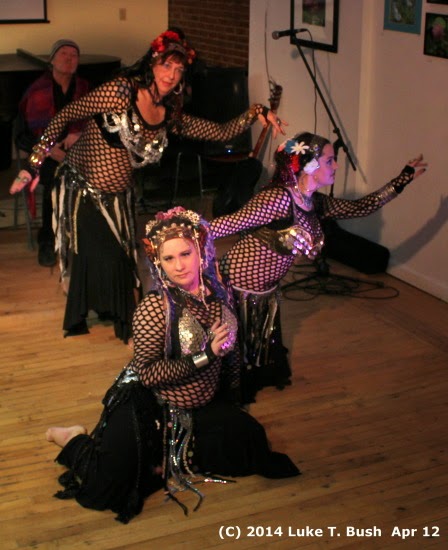 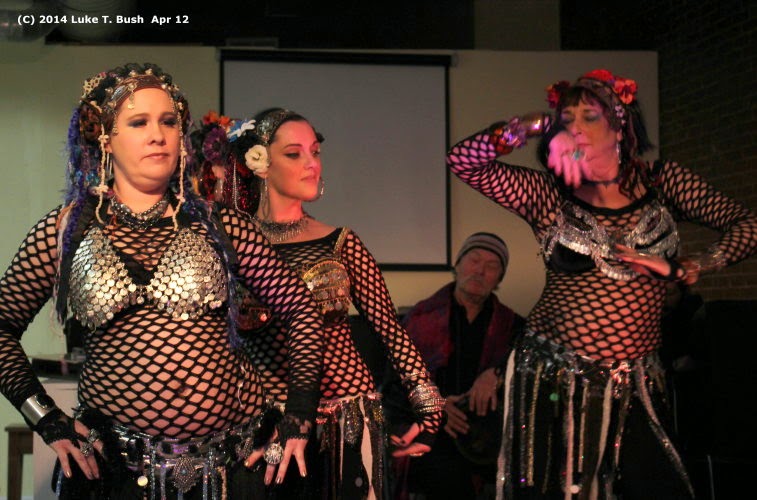 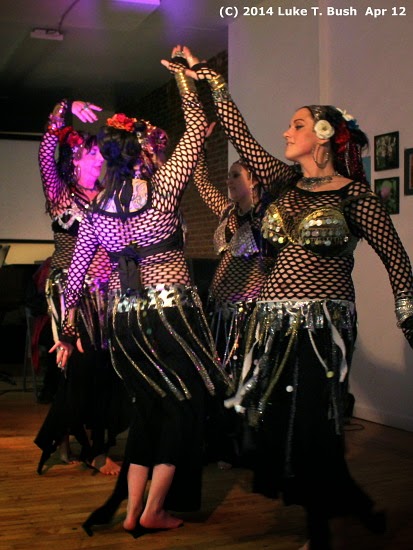 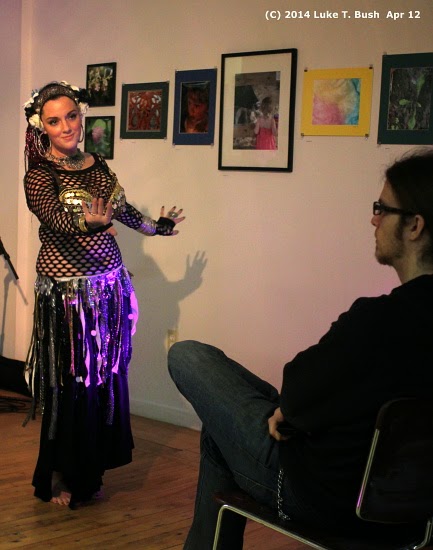 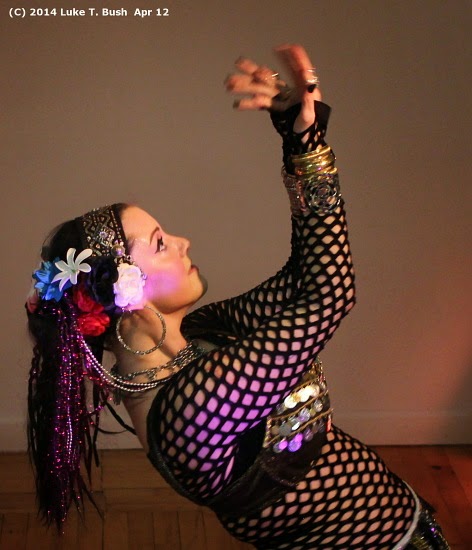 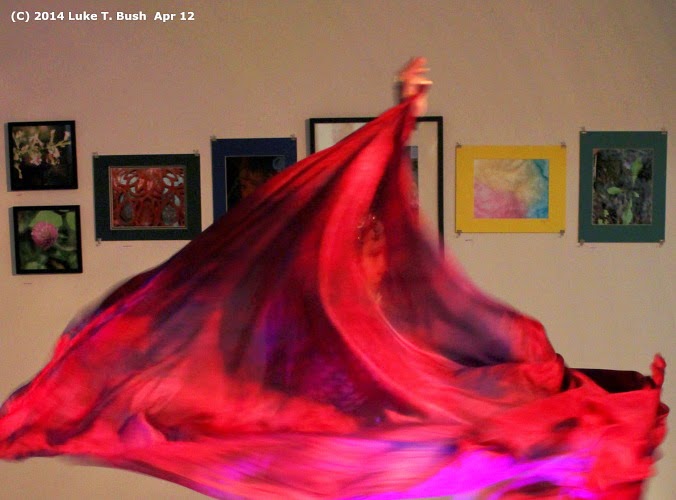 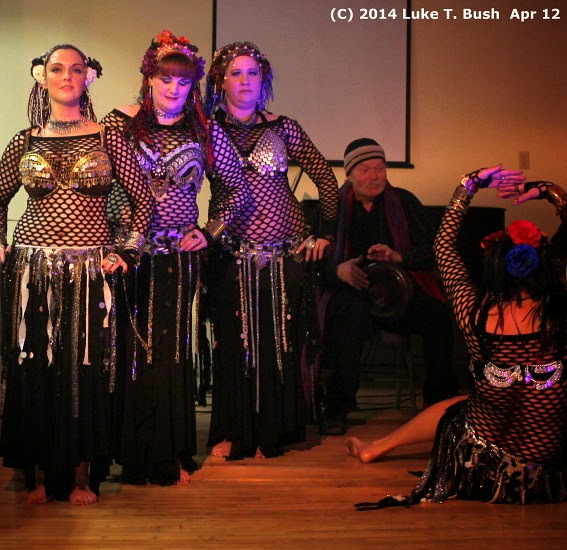 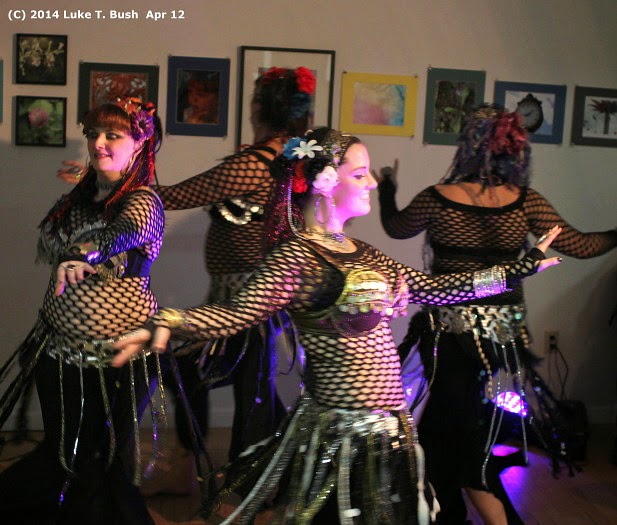 As I explain over at my "bad blog," I've haven't been posting there lately not because the dogshit problem has improved but because I've been tired of the same old crap.  But I just added a post after a reader submitted an image.

So if someone has any images they want to share, feel free to contribute to Dogtown 12901.

No, this wasn't not a liberal versus conservative political debate.  In fact, despite appearances, you couldn't find two more like-minded guys around.

Topic: self-publishing.  Genre: imaginative fiction.  Both David and John prove that failure to place a book with a mainstream publisher doesn't mean The End like in the old days.

Online info: "As an illustrator, [David's] highly detailed fantasy and science fiction work has appeared in many books, magazines, board games, and collectible card games..."  The Zombie Axiom features his illustrative talent, key scenes in the novel.  Also, David uses an icon – e.g., a baseball bat, a sword – as a symbol of a character when there's a change in POV.

It was relatively easy for David to land an agent but not so with selling his book to a traditional publisher.  No go.  The agent told David to self-publish.  What was once considered a sign of low quality – think vanity publishing – had become respectable according to his agent.  If the work was good enough it would stand on its own.

That turned out to be true with David's novel which recently was picked up by an Australian publisher.  The first book in a trilogy, a powerful being called The Necromancer is transforming humans into the undead, directing his eldritch army to wipe out the last of the normal people in the world.


For John Sparks self-publishing is part of his long term plan to see his story, Unearthly Tales, transformed into an animated feature.  It has already been adapted to a graphic novel, a format that has in the past served as a storyboard for a movie adaptation.

Online info: "John is an Unexploded Ordnance Technician certified by the Department of Defense."  This means traveling to various sites, a changing schedule, working in motels on his writing.  One advantage: he meets new people who share life stories, more potential material for his writing.

In contrast David has a more stable, set schedule with his home studio.  His daily routine: from 4 to 6:30 AM – work on promotion online; then concentrate on his main gig, illustration assignments; and then spend time with his writing.

The disruption caused by lay-offs at mainstream publishers and the rise of the web has meant opportunities, not disadvantages, for both authors.

The shrinking publisher staffs has led to editors becoming self-employed editors-for-hire who can help new authors create works and find outlets.  John mentioned that part of his novel is set in the 1950s, a time before he was alive.  His editor was around then and has helped John avoid any anachronisms.  (Score one for the old farts.)

Asked about their voices being heard among the countless others ones on the web, both authors agreed that can be a problem but a writer has to take an active approach, using the medium to promote and make connections.

David says that the web has helped with his promotional efforts.  It was through the web that his agent made contact with the Australian publisher.

For both writers making connections with readers is important, meeting new friends.  Sure, being lucky and hitting the big jackpot, money and fame, would be great but so is sharing their ideas and enthusiasm with like-minded people. 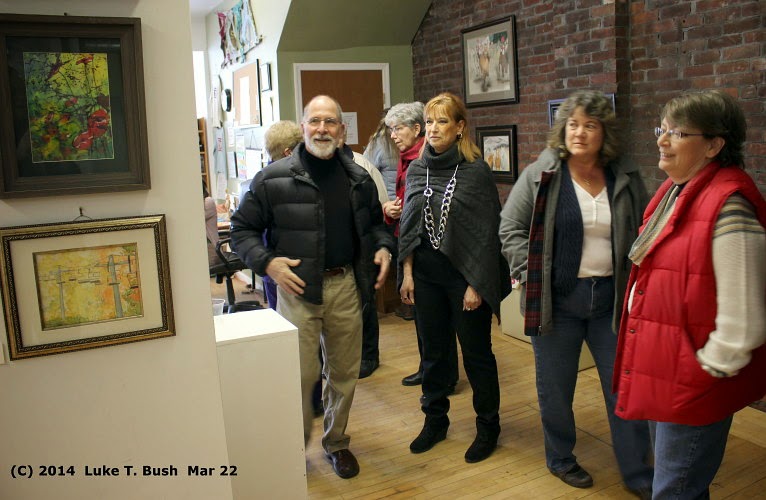 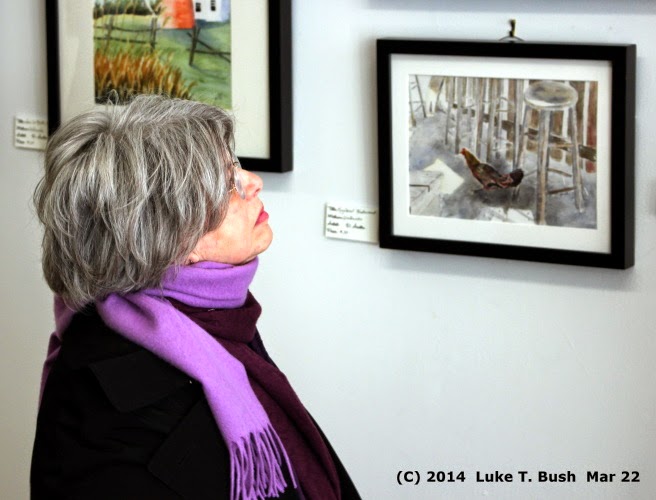 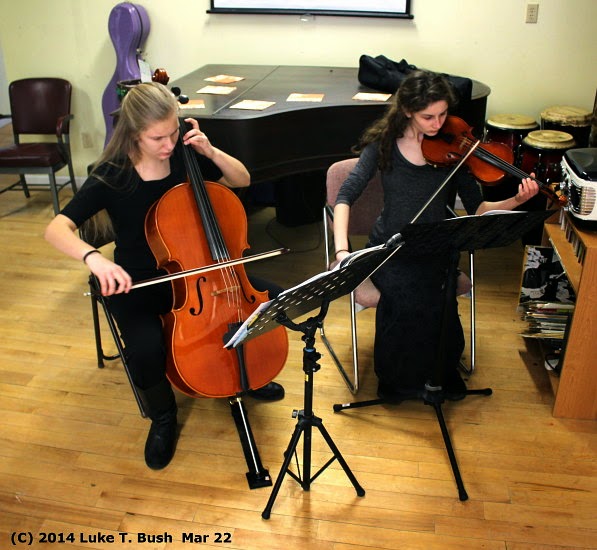 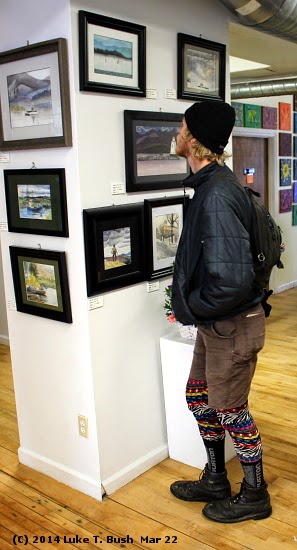