The advantage of using somewhat slow shutter speeds is that you can take your shots handheld, no tripod. But this means you have to be careful with keeping the camera steady, even with image stabilization activated. And unlike the longer settings on bulb, even shutter speeds as slow as 1/4th second still don't record the entire burst, they're still short in duration.

On the 4th of July I left my tripod home and found a spot on the lake to grab some shots of the Plattsburgh fireworks. Most shots were taken at a shorter focal length to minimize wiggles but a even a couple at towards the longer end came out. 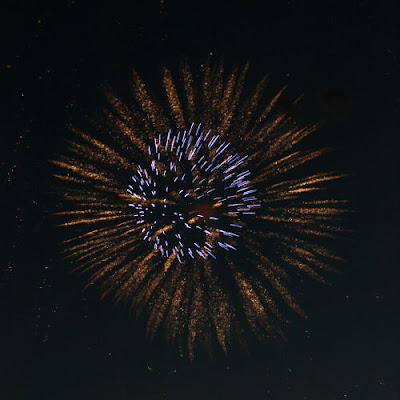 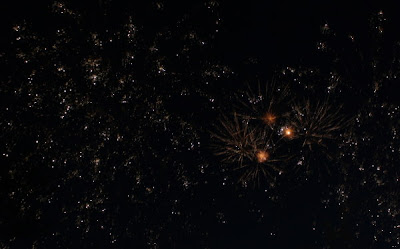 With the somewhat slow shutter speeds I had to anticipate the peak of the burst. Sometimes I missed that peak. And even if I hit that peak, I was missing the completion of the streaming patterns.

So on the following weekend I brought along my tripod in my wheeled backpack to save the strain on my bad back. The Mayor's Cup in Plattsburgh featured more fireworks. This time I got closer to the launch site and even with the wide-angle view I was still too close at times. But by using the bulb (B) setting I could leave the shutter open as long as I wanted -- 5 seconds, 10 seconds, etc. -- and record multiple bursts. The tripod kept the camera steady so I didn't end up with wiggly or blurred trails. So while I can image fireworks handheld in a pinch, I prefer the tripod, despite the effort of lugging it along. 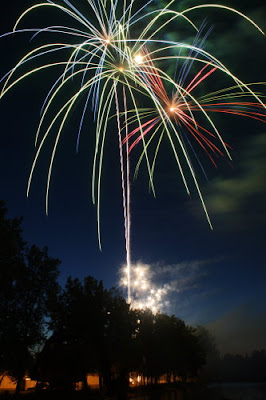 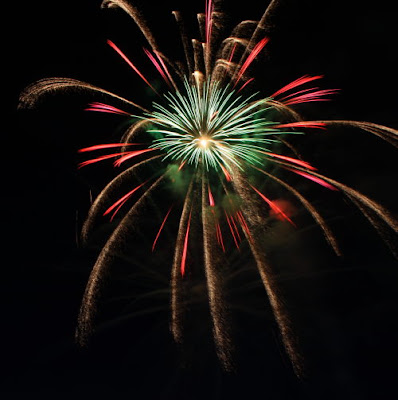 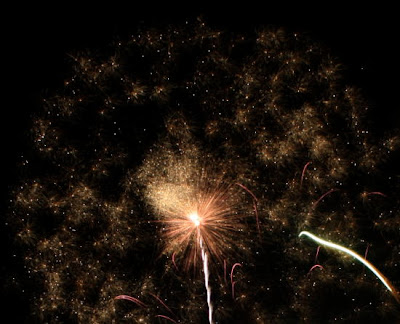 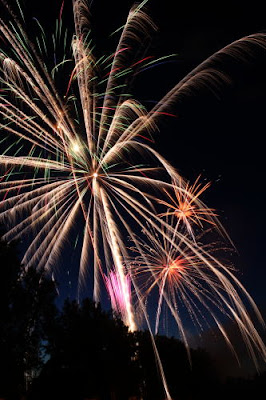