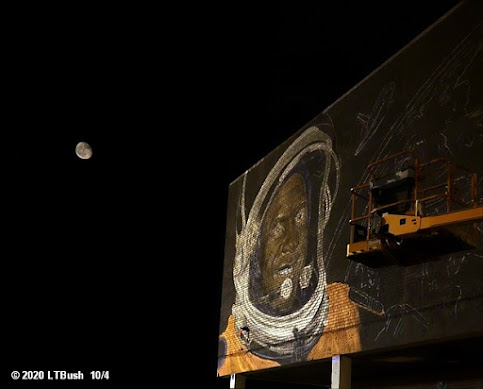 On February 1, 2003 the space shuttle Columbia was returning to earth when it disintegrated, killing all seven astronauts. One of the crew was Michael Anderson who was born in 1959 at the Plattsburgh Air Force Base. To commemorate his memory spray paint artist Brendon Palmer-Angell is creating a mural in downtown Plattsburgh City based on a photo of the astronaut.