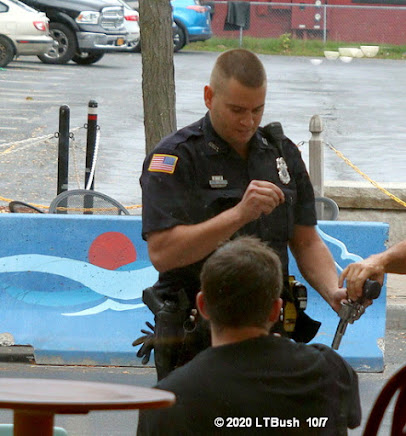 Around two weeks ago someone called the Plattsburgh Police Department regarding a weapon spotted inside a bag. When responding the officers found a BB gun that looked like a real weapon. Fortunately there was no confrontation where officers had to defend themselves. It's understandable that a cop can't second guess whether a weapon is real or fake when someone is threatening to shoot.