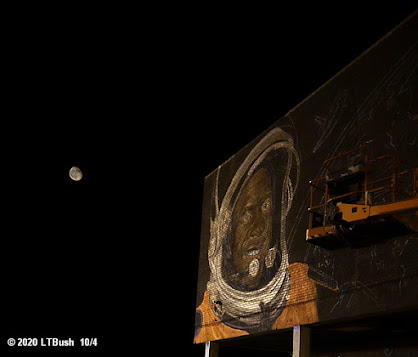 Despite too many rainy days artist Brendon Palmer-Angell was able to complete the Michael P. Anderson mural on time.

Located in downtown Plattsburgh City, NY the mural honors the memory of the astronaut who died in the Columbia space shuttle disaster in 2003. Anderson and six other astronauts died when their shuttle disintegrated on re-entry.

Anderson was born in Plattsburgh City in 1959 and returned to serve at the Plattsburgh Air Force Base before joining NASA.

The mural was created under the auspices of Outside Art: Plattsburgh Art Project. This group has also helped to create other murals in the downtown area.

The mural is located in the park that straddles Durkee and Margaret Streets. Roughly measuring at 20 by 40 feet it's hard to miss. 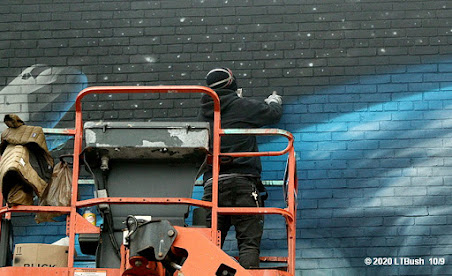 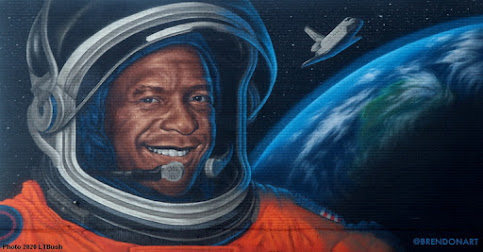 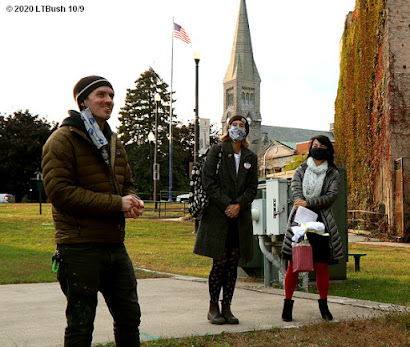 (Left to right) Artist Brendon Palmer-Angell talks about the mural
during a reception while Julie Devine and Amy Guglielmo,
co-directors of Outdoor Art, listen.
Posted by Luke T. Bush at 9:16 PM