When I arrived: 50-60 people, crowded into one room. Good. That made it easier to take photographs. 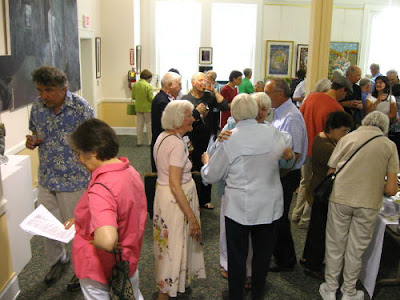 In the past I’ve attended art events with only five people standing around (yours truly included). Taking shots of a few people wandering about in an empty room isn’t that visually interesting. No dynamics.

(Of course, I could always take the same five people and clone them in a photo-editing program to create a crowd, but then I would have to explain why so many quintuplets showed up wearing the same clothes.) 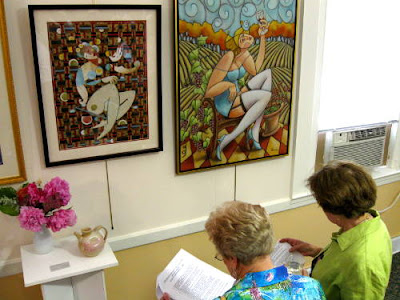 So what drew the crowd? The opening of the Helen Wilcox Gallery at the Plattsburgh Public Library on Saturday evening. A large room on the second floor of the PPL had been renovated. In the past it was used for events such as book sales, presentations, and music performances. The walls were adapted to display many works by local artists, a new function for the room. An adjacent room had also been renovated to display quilts. 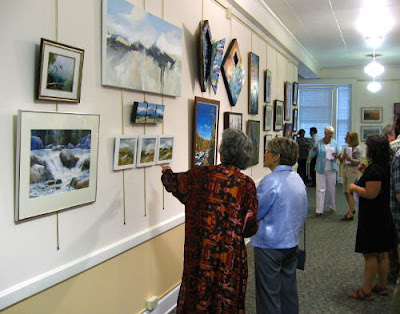 Carol Hochreiter, President of the Friends of the Library, said that there would be four exhibitions per year on a three-month basis. The next one is scheduled in September featuring the works of Gharan Burton and Kim Leclair, followed by a exhibit by Bill Amandon in January, 2010.