No More Rusting And Buzzing 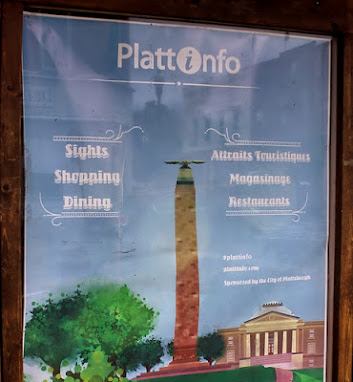 An information kiosk that has been deteriorating for years – a symbol of wasted taxpayer dollars – has been removed from City Hall Place.

As I have detailed in a previous post the kiosk and others like it were installed around around the city as the PlattInfo project. Visitors could walk up to the kiosk – it roughly resembled a chrome coffin standing upright -- to check the viewscreen for details on local restaurants and other businesses.

Two major problems with the project. The software was proprietary, meaning the city had to go to the original coder to update or make changes. When the kiosks started to fail the city would probably have to pay the coder to make fixes. The other problem was new technology made the PlattInfo service obsolete. Visitors could get the same info more conveniently on their cellphones and tablets. 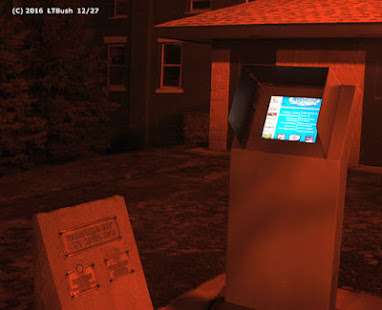 The City Hall Place kiosk stood next to the Verdantique Park plaque, creating a study in contrasts. While the plaque stood the test of time rust ate through the kiosk’s chrome exterior. Repainting the kiosk didn’t help: the rust returned. The viewscreen was usually dark. On occasion ghosts would appear, advertisements floating up, in some cases for businesses long gone.  You could hear electricity still feeding into the unit, a constant buzzing.

The last time the City Hall Place kiosk attracted any attention was when a little girl was amazed by a giant spiderweb spread across the viewscreen hood.. 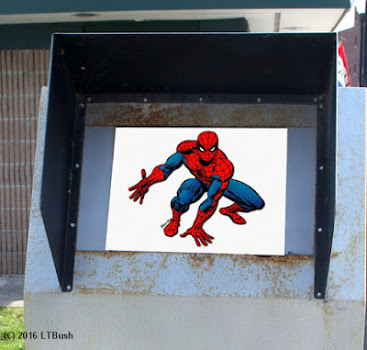 So add PlattInfo to the other grand mistakes the city has made without enough forethought.