You Can't Quote Me 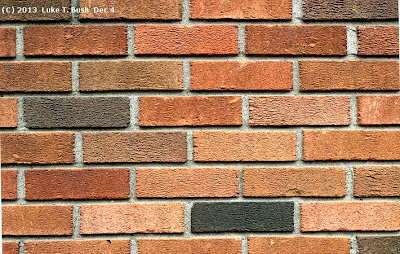 Akin to Sisyphus I rolled a question up the hill.

And the question rolled down the hill, unanswered.

Transparency in government, anyone?

The meeting had wrapped up in the Clinton County Government Center first floor conference room.  Organized and moderated by Debra Buell, advocate for the disabled, it was an opportunity to discuss various issues since Medical Answering Services (MAS) had taken over the job of scheduling rides for Medicaid clients to medical appointments.  The meeting was open to all, including clients, agency representatives, and government officials.

In attendance was Wayne Freeman, COO/Owner of MAS.  I had a couple of questions about his company, particularly in light of video I had seen online of a roundtable discussion held in Albany back in May that addressed the same issues.  (That video can be seen here.)

I introduced myself to Wayne and he said he couldn't reply without Heidi Seney present.  Heidi holds the title of Project Manager at the New York State Department of Health Medicaid Transportation Policy Unit and had participated in the meeting, responding to various concerns and questions raised by attendees.

So Wayne brought me over to Heidi and introduced me, saying that she was his boss, indicating they would answer my inquiries.

Except my questions kept tumbling down the hill.

I was told by Heidi that neither she nor Wayne could respond and that my questions had to be sent to the official New York State Department of Health Media Office.  Later she provided me with a phone number to call.

Would her response, if any, be "filtered" as such through the Media Office? Answer: Yes.

OK, I  can see NYS being concerned about loose cannons (or canons) out there making the State look bad but this was to the other extreme, expecting the media to engage in Kremlinological analysis.

Opacity for your tax dollars.

Standing there with notebook and pen in hand, ready to record their answers, I had the feeling that Heidi and Wayne both really wanted to express themselves, tongues pressing against the gags, but...

Of course, that was my impression and I'm not telepathic.  But then again if I was gifted to read minds, the State would probably counter that ability by requiring all employees to have telepathy-blocking brain implants.

One question I had was how the reimbursement for vendors providing rides was determined.  During the meeting individual private vendors who used their own vehicles said they had seen a dramatic drop in reimbursement rates.

It sounded as if MAS determined the rates but I had to get the correct answer from someone else, not Wayne or Heidi.  (No, MAS doesn't set the rates by itself, each county and NYSDOH are involved.)  If I hadn't double check, I would have passed along misinformation.  But with gagged-by-the-State sources it can easily happen.

The electronics store chain Radio Shack used to promote its knowledgeable staff through this motto: “You’ve Got Questions, We’ve Got Answers.”

New York State should have a similar motto about its response-restricted people:

Our State is glorious, Comrade.

I really enjoyed your wit and perspective in this piece!!