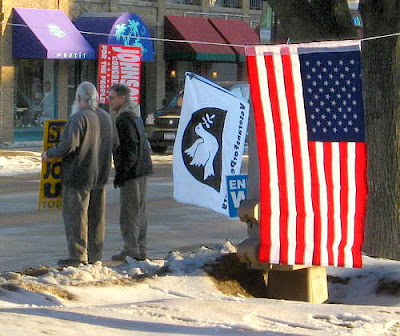 On my way via foot to catch the public hearing at 5 PM, I noticed that the usual gang of anti-war activists was out in force near City Hall, standing on both sides of the street. With time to spare I snapped a few shots of the protest that is held every Thursday afternoon.

While the activists took a stand outside, other citizens sat in the Plattsburgh Common Council chambers, waiting to address other issues besides the war, local concerns. Unless someone got up to speak from the podium, everyone remained in a spot in a neat row, listening. Occasionally someone would stay seated and comment. But no banners or flags were hung, no signs were held high, no voices were raised.

The street demonstration and the public hearing made interesting bookends. Both involve citizens pushing for positive action to be taken. But in two different ways: informal versus formal. Outside: car horns honked loudly in solidarity. Inside: polite applause indicated agreement.

Sometimes the energy on the street moves into City Hall. And that can result in real action. 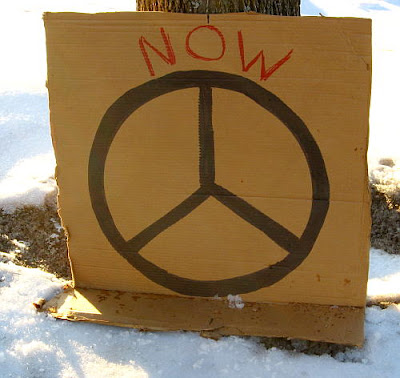 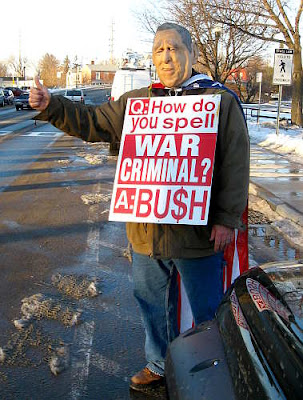 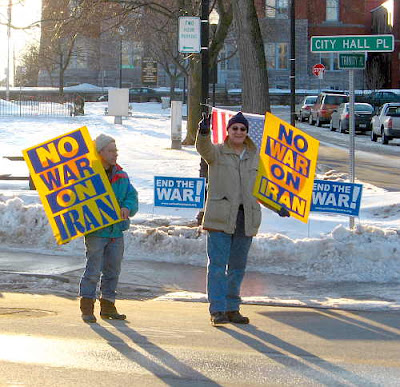