Meanwhile Who Was Watching The Watchmen? 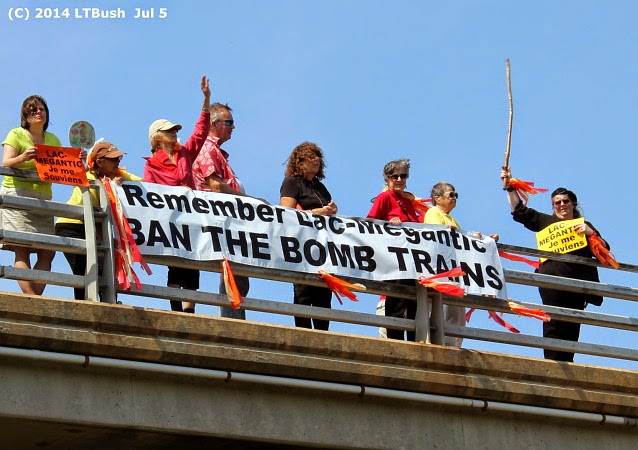 Local activists promoted awareness of the oil bomb train problem with a sign-carrying march and then speeches at a location near the Saranac River.

The event received great coverage — but not only from the media.

TV, newspaper and radio journalists were there.  Even someone from the Voice of Russia Radio in Washington, DC. 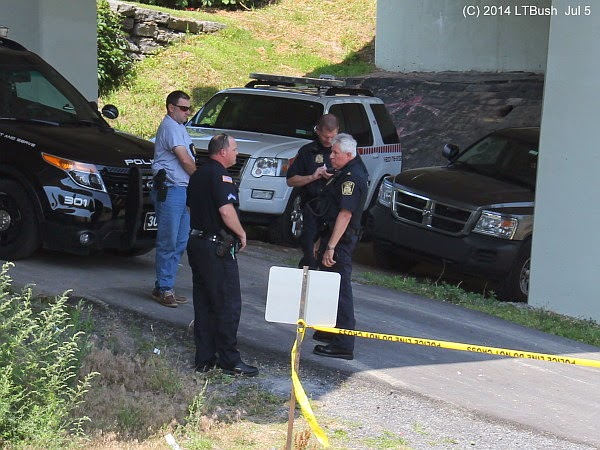 I followed one group of activists who carried signs and also a long banner — BAN THE BOMB TRAINS — through the downtown area, stopping at certain locations to let their message be seen and heard.

This group walked over the Smith-Weed Bridge and then crossed to the other side of the river via the pedestrian footbridge that runs parallel to the railroad trestle.  They joined others waiting at the speakers area that had been set up for the event.

At one point I looked over at the giant bronze eagle, a symbol of freedom, atop the towering obelisk of the Macdonough Monument while the Homeland Security helicopter made another wide loop around downtown.

While the speakers made their presentations — peacefully — I asked one participant about the helicopter.  He said it made him "nervous." 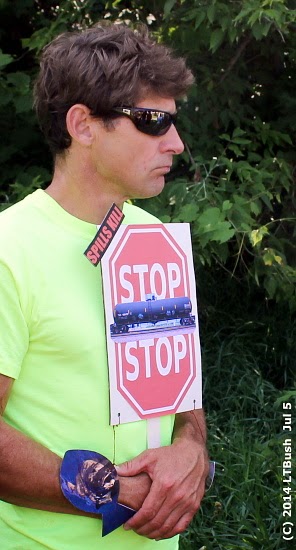 I spoke to someone else who said that a representative of the protest group had contacted the Plattsburgh Police Department about the event.  The story goes the police chief expressed concern that maybe a protester would try to block a train carrying tank cars loaded with highly-explosive Bakken crude oil.

Those damn hippies!  They'll try to put LSD in your drinking water!

(Does the term "McCarthyism" mean anything to you?)

Questions: How much taxpayer money was spent on fuel for the circling helicopter?  Was it well-spent?

After the event wrapped up I noticed the whirlybird watcher was gone. Maybe the crew got called to help out with a cat stuck in a tree up dere in Chateaugay, bucky. 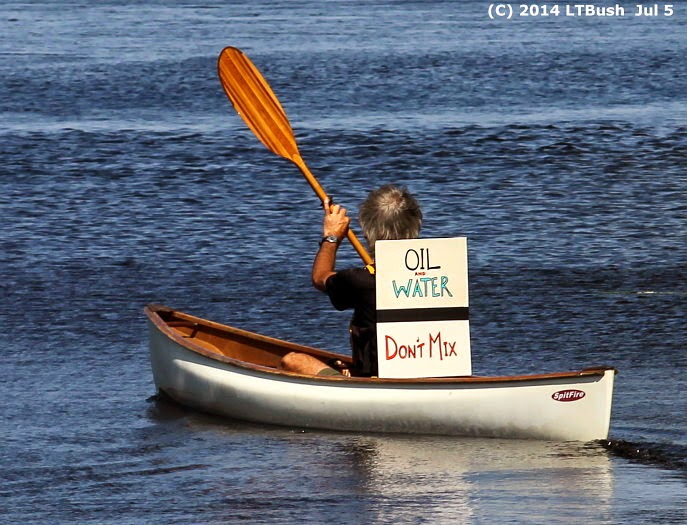 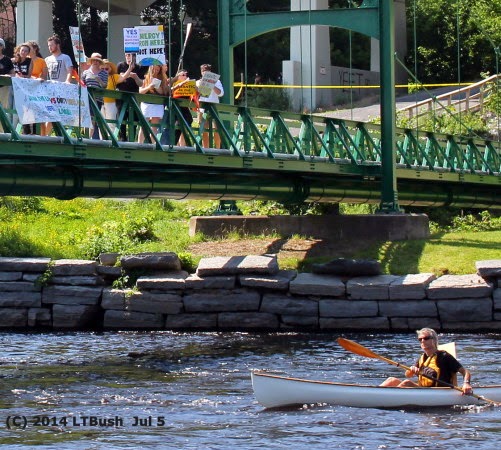 Many thanks to Daniel Helmer, who was delayed because of all the good works he was doing for the demonstration. As a result he was running late.

Unfortunately, he was given a ticket for trespassing on the railroad tracks as he tried to get there at about 4 PM!

Very sorry to hear that, Daniel!