A while ago in Speak Out – the Press-Republican’s comment/rant feature – someone made an observation entitled “Steps” about the glob of dumped cement left over after the front entrance to the Public Library had finally been refurbished. (Speak Out: June 28, 2009) It’s been sitting there for untold months in the median strip between the Oak Street curb and the sidewalk.

The Speak Out contributor wondered with the fix-up being done with the streets and sidewalks in the area, maybe the city could finally remove that hideous hunk of concrete marking up the lawn.

So far all that has been done is this: 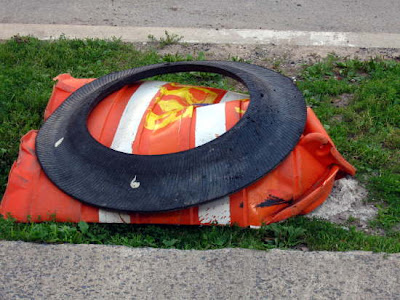 It looks so much better, eh?