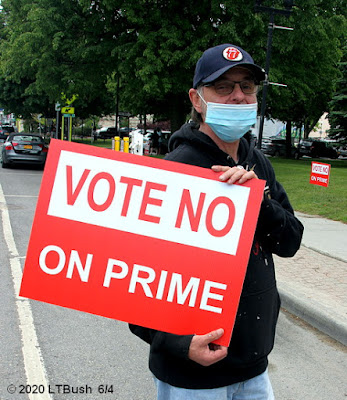 The argument: the proposal by Prime Plattsburgh LCC to renovate the Durkee Street parking lot doesn't fit the character of downtown Plattsburgh. It's an unneeded renovation that will cost taxpayers and also doesn't replace all of the parking lost by the construction. Citizens opposed to the project want good, not bad, development.

The opposing view: Mayor Colin Read and some city councilors regard the project as a good use of DRI (Downtown Revitalization Initiative) grant money, the future upscale apartment complex drawing more people downtown.

Today at noon the PCC – Plattsburgh Citizens Commission – held a press event on the front steps of City Hall. Downtown businessman and attorney Frank Zappala explained that a legal complaint had been filed, challenging the Prime project on the basis the city has no right to approve such construction on waterfront property. The Durkee Street parking lot sits next to the Saranac River.

Frank added he didn't know how long the response would take since the courts were just opening up after the coronavirus pandemic had shut down the system. In the meantime, he continued, the complaint meant that all work related to the Prime Project would be stopped.

While covering the event I heard two people talking behind me. Even though I was at the required six foot social distance I could plainly hear what was said.

One speaker was city councilor Mike Kelly, a big proponent of the Prime proposal. Apparently he was having a bad day. Mike – his tone evincing disgust – asked the other person if he agreed with the PCC stance. The other person said he was there just to listen to the viewpoint of the Stop Prime group.

Mike continued to express his displeasure, asking what PCC proposed to replace the Prime project. Well, Mike, how about the original proposal that preceded the creation of the present bloated behemoth?  Mike also commented that only relatively few people were against the project while PCC members held a banner that almost spanned the entire width of the front steps, 500 signatures of the 2000 plus people who opposed the project. 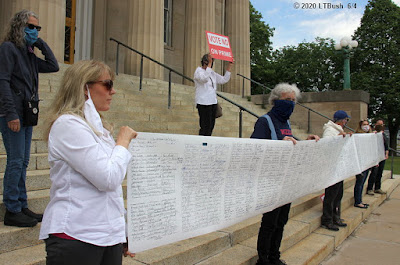 The councilor used two words to describe all of the PCC members but since this is a family blog I won't quote him.

Other attendees have stated he called them “idiots.” One person replied that Mike was an idiot since he wanted to have citizens pay most of Prime's taxes, a reference to the PILOT (Payment In Lieu Of Taxes) agreement with Prime Plattsburgh LLC.

People have complained that the city doesn't listen to their concerns regarding the Prime project. If the city councilor's attitude is typical it's no wonder why PCC members gathered in front of City Hall to carry on their opposition. 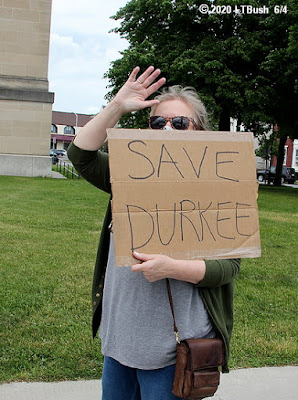 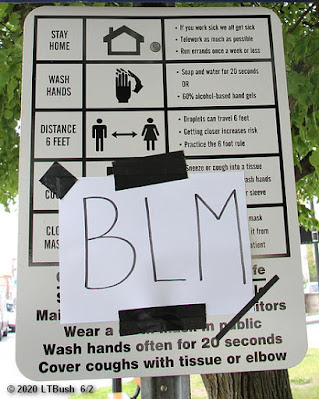 Posted by Luke T. Bush at 7:41 PM No comments: Links to this post 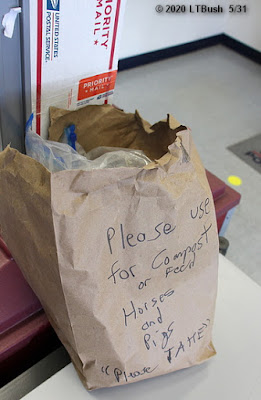 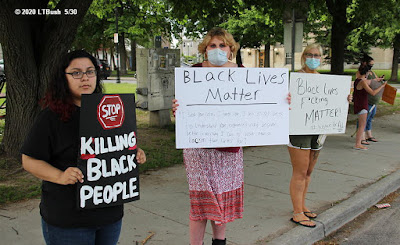 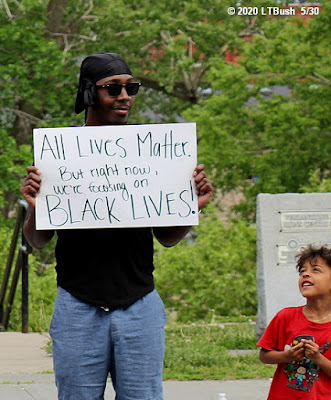 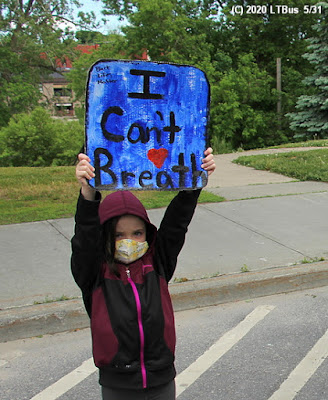 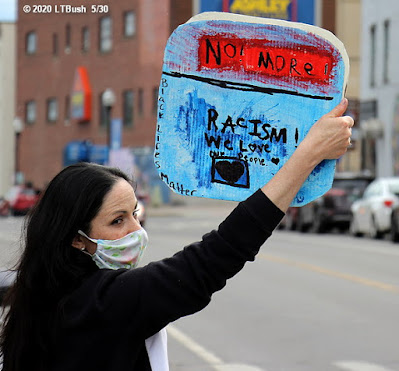 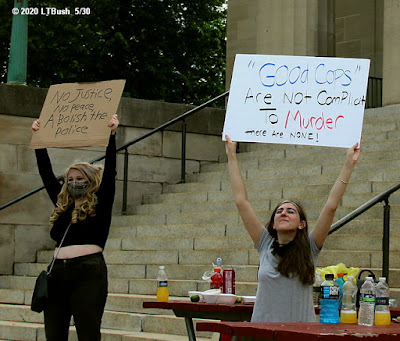 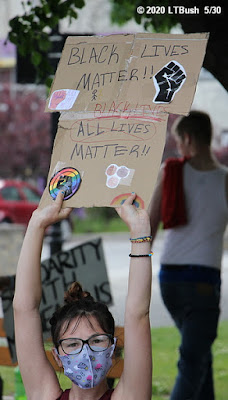 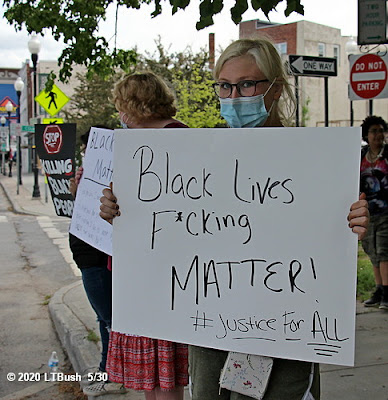 A Shade Of Purple 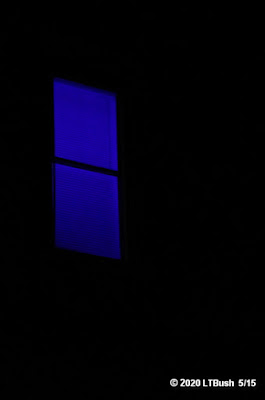 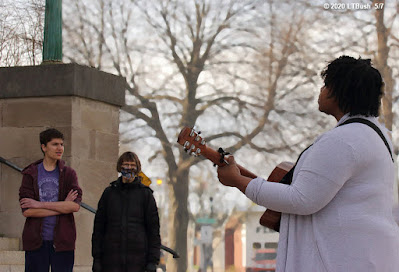 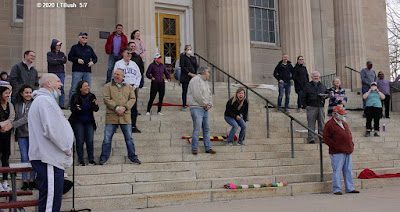 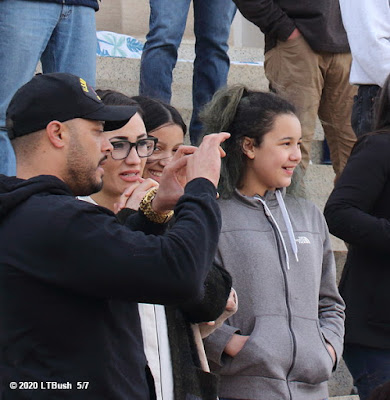 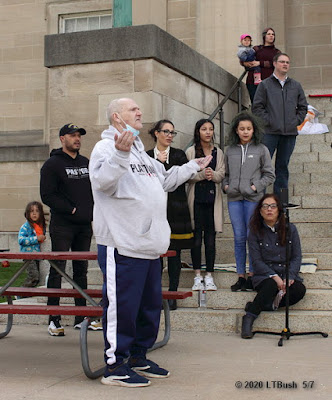 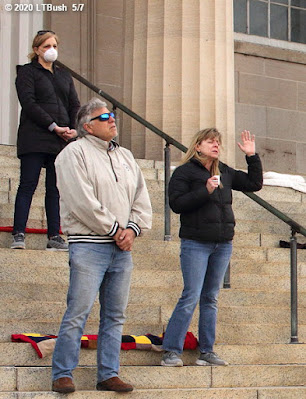 Posted by Luke T. Bush at 7:56 AM No comments: Links to this post

I'm out $40 plus tax on a bathroom scale that doesn't work.

Why? Because Kinney Drugs refuses to give me refund due to the COVID-19 crisis.

The store manager didn't explain the connection between the coronavirus and the item I purchased. It's not like I was returning an used piece of medical equipment like a mask or a rectal thermometer. I didn't know bathroom scales were the prime target of COVID-19, attracting the deadly virus and then keeping it alive for ages. Does this mean my scale has been be buried deep in concrete for 100 years until the virus is finally vanquished?

The manager pointed to signs at each register saying no refunds. I didn't notice because the signs were placed off to the side, looking like another warning about wearing masks and gloves. Also when I wear a mask my eyeglasses fog up and when I take them off I still can't see. I wonder how many visually impaired and blind people will also get screwed. On my budget like many other people around here $40 is a lot of money.  This is just another version of price gouging.

If this store wants to play fair with customers the clerks should tell customers verbally before a purchase of the no refund policy. If I had know that I would have passed on buying the scale. I wanted a basic scale but the store was out of the $20 unit. I need the scale because I have to lose weight before hernia surgery.

I thought the scale would work by itself without hooking up to the internet with a special app. No go. It just sits there like a thick square piece of hi-tech shit. If you go to Google Play for the A&D Medical app you'll see complaints that it doesn't work. Don't buy any products from this loser company.

So be on the alert for this no refund ripoff at other stores. And don't believe those bullshit TV ads with actor/good ol' guy Sam Elliot's voice saying that Kinney Drugs is local, it cares about you. Apparently to make up for lost sales during the crisis Kinney wants to stick it to customers in the meantime.

Posted by Luke T. Bush at 6:24 PM No comments: Links to this post 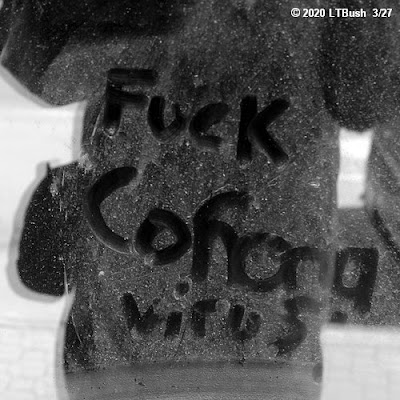 Posted by Luke T. Bush at 4:00 PM No comments: Links to this post

Equal Under The Law 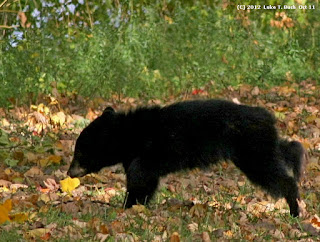 Two days ago a moose was wandering around the city. This incident reminds me of the time a bear cub visited here. I was down at the shit water treatment plant by the lake with my camera and spotted him. I didn't approach him, just used the telephoto end of my zoom lens to grab a couple of shots. The little guy took off into the brush and I kept walking, not running, to get another image. A DEC (Department of Environmental Conservation) officer ordered me and another photographer who also happened to be there to leave the area because we would scare the cub.

That was funny because the police chief at that time was driving around in his official vehicle. He pulled up near me and asked if I had seen the cub. Then he took off with his young daughters standing in the front seat, chasing the cub so that his kids could get a good look. I think a guy walking with a camera is less scary than a speeding SUV. 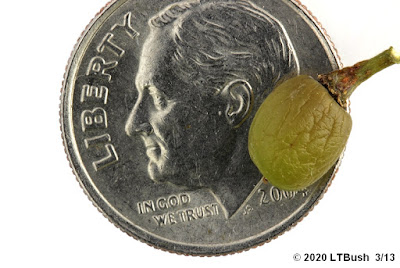 Click on image to enlarge.
Posted by Luke T. Bush at 12:23 AM No comments: Links to this post