Puns?  OK.  Puns in a headline?  Usually OK.  But not when it foists real bad taste upon the general public.

A reader passed along this image to me from the front page of the Press-Republican (Your Hometown Newspaper), a photo that appeared on Friday, 8/22/14.  He disapproved of its headline. 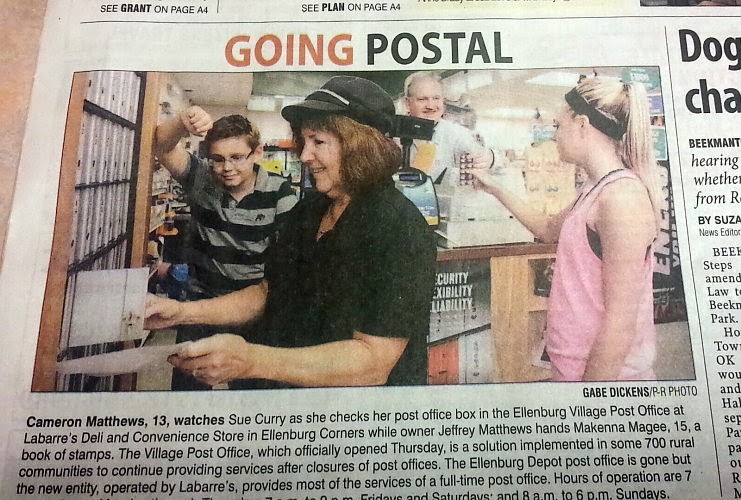 If you're unfamiliar with the term "Going Postal," it means lashing out in a violent rage.  It's usually associated with a place of employment.

The term came about after the US Post Office experienced incidents of workplace violence in various locations across the country starting in 1983.  USPS employees flipped out, going on killing sprees resulting in the wounding and death of coworkers, police officers, and members of the public at large.

One of the most horrific incidents occurred in 1986 at a post office in Edmond, Oklahoma.  The shooter killed 14 fellow employees before committing suicide by shooting himself in the head.  The image below is a memorial that stands outside that post office. 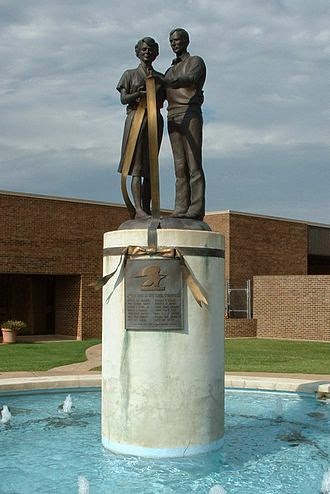 Do I engage in bad taste puns?  Sometimes but in private with close friends.  If I was an editor the "Going Postal" headline wouldn't get past my desk.  Especially with my hometown newspaper.