And the talent keeps cycling through at 50 Margaret Street.

Friday evening ROTA Studios and Gallery presented an evening of acoustic performances illuminated only by an array of candles.  (This writographer made good use of his tripod.)   The benefit raised $223 to keep the non-profit art co-op rotational.  Seven different acts covered a variety of music stylings.

Saturday evening ROTA kicked off a student art exhibit by creators attending Peru High School.  Roses were given to the artists in appreciation of their imaginative works. 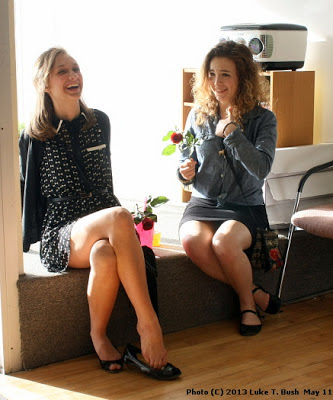 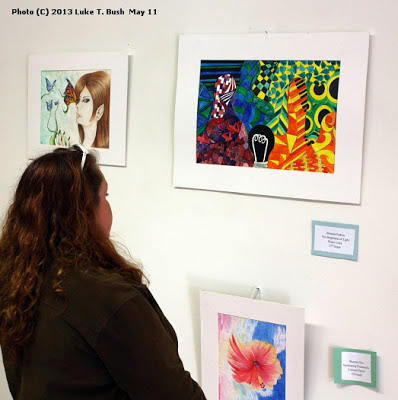 The staging for his performance was a circle of chairs that one might find at a support group meeting.  Audience seating was arranged around this set.


After the performance Tim conversed with audience members about issues raised by his play.  Someone asked him which character he was.  He explained that while his characters were based on different people he knew, he was part of each one.


One question drew a laugh from everyone.  Someone asked Tim if he was going to write a sequel to his play called "Solutions."  Tim enjoyed the comment but in a serious vein he replied that the after-performance discussion was one solution.