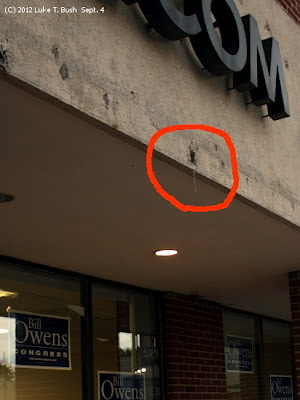 A mysterious substance is hanging around outside your re-election campaign headquarters in downtown Plattsburgh.  It can be seen just below the sign for Westelcom Suites.

What does this substance represent?  A snotty trick by some of your political opponents?  A smear campaign?

Better yet, maybe it's an outer space blob, a malevolent mucus waiting to absorb your valiant volunteers.  Notice how it sinisterly glows at nighttime in the image below. 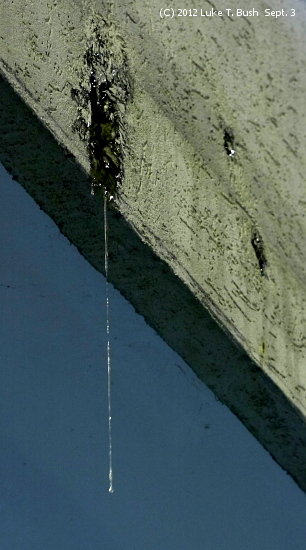 Of course, one could just surmise it's time for the landlord to fix the building's facade after this goo has been melting out all summer from the heat.

Whatever it may be, you can bet your asbestos I ain't getting too near it.