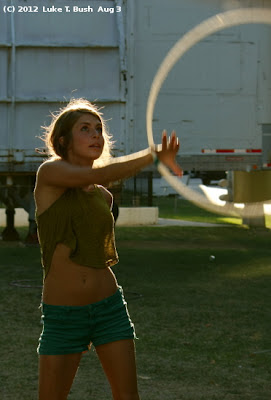 Wait long enough and something old becomes popular once again.  Like tie dye shirts.  Or Chuck Taylor All Stars.  Or Hula Hoops.

Back in the late 1950s almost every kid on the block had a hoop; the toy sold in the millions. And while it was fun to grab a stick and roll a hoop down the street, the main attraction was for kids to make it spin around their waists as long as possible.

Of course, this was during the Cold War and those dour commies had to dis Americans for having so much fun.  Russian officials declared the hoop was another example of our decadence.  (Speaking of decadence, has anyone heard from the Soviet Union lately?)

According to the story back at that time the hoop was inspired by Hawaiian dancers;  that's why "hula" was in its name.  While many people think the hoop is a relatively recent discovery, it actually dates back to ancient Greece.  Throughout history hoops were made of various materials such as stiff grasses, willow, wood and bamboo.  It was the invention of plastic that made it a modern hit, a toy that could easily be mass produced.

Like a typical fad the hoop toy mania peaked and died out, becoming just a childhood memory for baby-boomers.  Now the hoop is popular once again but for all ages, especially adults looking for a fun way to recreate and exercise.

On Wednesday and Friday evenings you'll notice some hoopers in training in Trinity Park, thanks to the sponsorship of ROTA Studios & Gallery.  Classes are continuing throughout August.  The fee is only $3.00 per class and hoops are provided.  For more info contact Chelsea Varin at (518) 569-3470 or email plattsburghooping[at]gmail[dot]com. 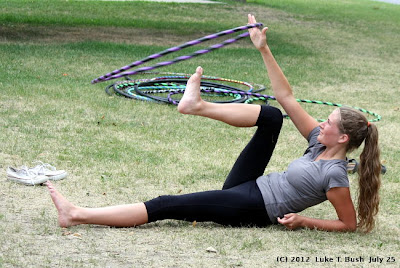 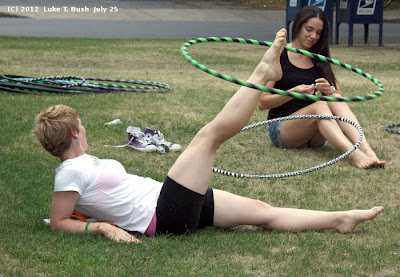 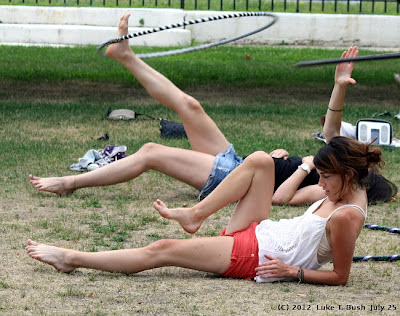 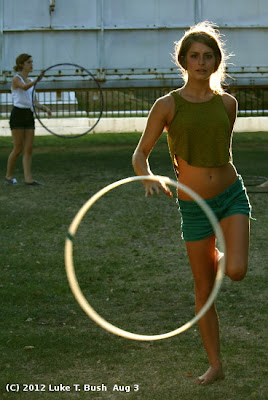 (Disclosure: Photo-editing was done to remove background distractions in a couple of the images.)