Are These Images Illegal? 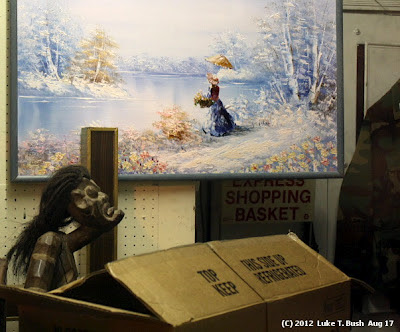 OK, I know the police have to check out reports of "suspicious" activity but once again I was stopped and questioned for just taking photographs.

I was walking home tonight and around 10 PM a Plattsburgh PD patrol car pulled up next to me.  The officer got out to interview me.  He acted a bit apologetic, saying that he had seen me around town before taking photos, but he was following up on a complaint about me photographing buildings downtown.  A second patrol car pulled up and another officer joined us.

After working as seasonal park ranger at a local state campground many years ago, I could understand the situation the officers were in.  Sometimes dubious complaints have to be followed up.

The stop wasn't confrontational but I had to show my ID (NYS drivers license) to the first officer and also provide my phone number.  I asked the officer if there anything wrong with taking photos and he said not really, that maybe some "cellphone hero" had overreacted and phoned the station.

Accompanying this post are some of the images I took tonight.  Maybe the third image of the unoccupied office is what triggered the report.  Note that everything is in public view and no one is inside, not even a janitor.  (I've also worked nights as a janitor but that's a story for another day.)  Or maybe that carved voodoo statue in the first image put a curse on me.

The PPD officer who stopped me acted professional, no problems, just like the Plattsburgh State university policeman who questioned me about my photography earlier this summer.

One sunny evening (June 3rd to be exact) a PSUC officer drove by me while I was taking some shots of the Plattsburgh High School athletic field, the entrance booth in particular (Go Hornets!).  I got back on my bicycle and a few minutes later spotted an interesting object on the sidewalk on Rugar Street near the dorms.  Apparently acting on his own -- he didn't mention anything about a complaint -- the PSUC officer pulled into a nearby driveway and got out to interview me.  He also acted somewhat apologetic, saying that photography didn't necessarily mean terrorism, but...

What is it about someone with a camera -- who takes photographs in public view, not hiding behind hedges or walls -- that provokes such a reaction?  Would I be stopped if I didn't have a camera in hand and just stared at something for a while?

Maybe I should get a micro-camera surgically hidden inside my head that operates with one of my eyeballs and wirelessly downloads images to my computer.  Or is there a law against being a photographic cyborg? 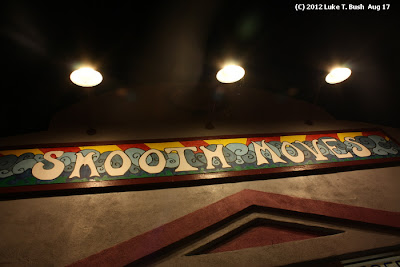 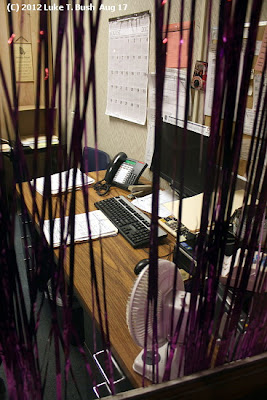