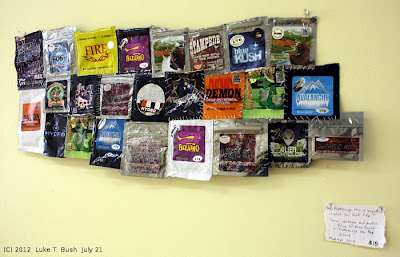 Today visitors to the ROTA Studios and Gallery at 50 Margaret Street were treated to a display of found objects, either the objects themselves or artwork inspired by them.  The Treasure Hunt Challenge also included people and places in Plattsburgh as subject matter.  The exhibit will be up for two weeks. 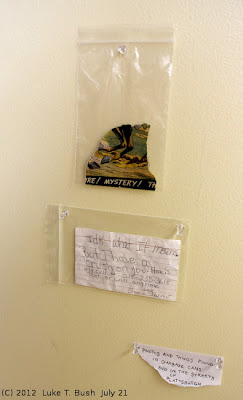 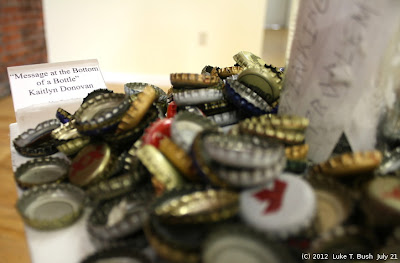 Previously ROTA presented the whimsical children's art of Tamia Gastio.  One feature that was popular during that exhibit was a table where kids of all ages could create art with provided supplies: paper, glue, cardboard, magic markers, etc.  Public Relations Guy Matt Hall said that the art table -- or what I call the kitsch-in table -- might return and be available for anyone who was in a creative mood.