A Man And His Wild Van


I'm sitting downtown at the Koffee Kat yesterday evening when some wild wheels parked across the street. I checked with the owner if I could take some photos; it was OK but he didn't want to be identified. When I asked him if he would pose next to his vehicle, the nameless man said it would be all right only if I took the shot with his hat brim down low to obscure his face. Ergo the unusual pose in the last shot.

Whoever he was I appreciate his allowing me to share his creation with others. Apparently his work is inspired by another vibrant vehicle, the school bus owned by the local band Lucid. 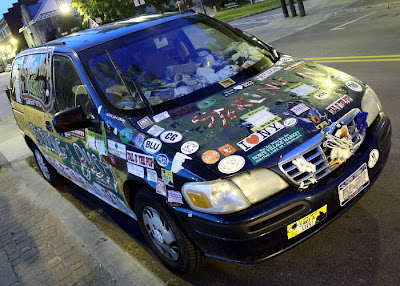 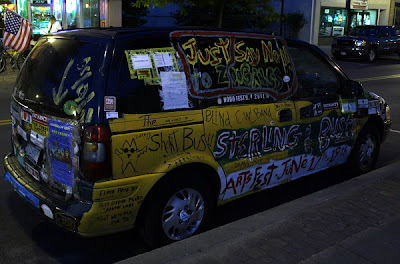 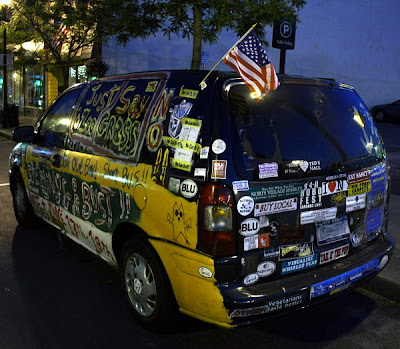 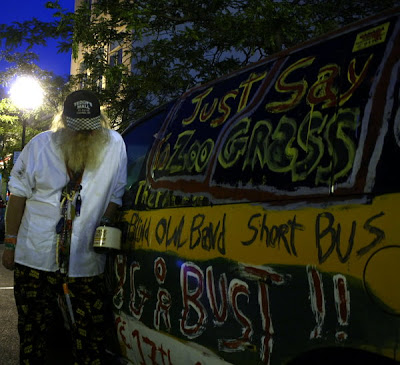