Hollywood Remakes: Even The Titles Are Better 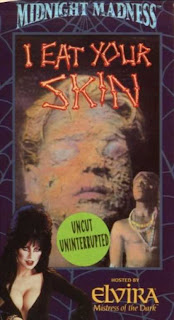 It's seems no matter how obscure the movie the creative geniuses in Hollywood have to remake old films. Apparently those geniuses don't have an iota of creativity.

And along the way, to show that modern movie productions are superior, maybe the original title of the old film will be redone for today's audiences. Take the movie, "I Eat Your Skin." The remake will be called "I Consume Your Epidermis."

There's also "I Spit On Your Grave" which would become "I Orally Disrespect Your Burial Spot With Projectile Saliva."

Are we living in a great time for entertainment or not?