Which Doctor Do You Prefer? 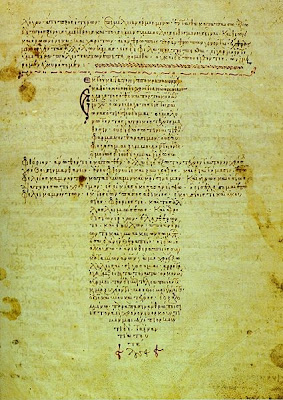 Should public funds be provided to an organization that discriminates against a minority? Tax dollars are raised for the public good, meaning that all members of a community should be treated equally.

In this case the minority are people without health insurance. And the organization apparently engaging in the discrimination is the CVPH Medical Center in Plattsburgh, NY.

As mentioned in a previous post, someone went to the CVPH emergency room after being brutally beaten. The ER surgeon on duty at that time, according to the victim and his mother, refused to provide any real treatment because the victim didn't have medical insurance.

CVPH is supposed to a non-profit organization that serves the public. Here are excerpts from a statement about its status and mission that can be found online:

"The vision of CVPH is to be recognized as a leader in providing exceptional quality care and improving the health and wellness of North Country residents. Patient Services is a corner stone of this vision."

Of course, that all depends if you can pay CVPH for its services. If not, you don't get "exceptional quality care," you get the minimum treatment and are shown the door.

I never was aware that a non-profit was so concerned about profit. OK, no organization can run in the red, losing money at every turn. But that doesn't seem to be the situation with CVPH, according to a Press-Republican article ("CVPH admissions up, profit down") dated Jan. 28, 2010. Here is the lede from that article:

"CVPH Medical Center saw an increase in admissions for the 2009 calendar year while earning just over $4 million in profit, a slight drop from 2008."

And as the article notes, there is also the CVPH Foundation that raises money. Do you want to contribute to a "charitable" organization that discriminates against the poor?

Besides the generosity of donors, CVPH receives public money -- your tax dollars -- to help cover its operating and renovation costs. For example, in an article that appeared in the Press-Republican on Sept. 7, 2010 ("CVPH receives grant to expand ER") it states that the hospital was going to receive $3.5 million in state funds to construct new treatment areas.

If CVPH wants to discriminate against someone without health insurance, if it wants to act like a greedy for-profit organization, it shouldn't be supported with public money. Let it sink or swim like any private company catering to an elite customer base. Cut off the taxpayer support. There is no reason that its ER should be refusing "exceptional quality care" to an injured person after the state kicks in $3.5 million for its expansion.

Does CVPH remember something called the Hippocratic Oath? Maybe it should reread it, especially this line:

"I will remember that I remain a member of society, with special obligations to all my fellow human beings, those sound of mind and body as well as the infirm."

A person's ability to pay shouldn't be a choice between Doctor Kildare or Doctor Doom.