How Dirty Is Your Dining? 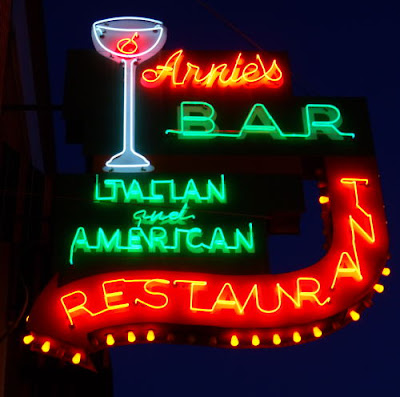 Arnie’s Restaurant in downtown Plattsburgh scored an A
during its last health department inspection.

So how safe is the restaurant where you eat? Should you worry?

Fox 44 TV News in Burlington, Vermont, has been featuring a series called "Dirty Dining." The reporter gets info from the local health department and then highlights places that didn't rate too well. Recently the reporter visited this side of Lake Champlain for a special story, "Dirty Dining in Clinton County," using reports from the Clinton County Health Department (CCHD). I found out that some of the CCHD inspection info was available online and so I checked it out for myself.

It took a bit of digging at the CCHD website to find the page I was looking for. Eventually I ended up at the Food Safety page and after scrolling down I found the link I wanted under the heading of Food Service / Establishment Inspection Reports Online in the left hand column. But if you don't want to bother with all of that, here's the direct link to the report (PDF file).

The report lists restaurants or FSE's –- food service establishments, to use the official lingo. It explains that there are two categories of violations, Red Zone and Blue Zone. Red Zone are critical violations such as food not protected from contamination by other sources, a high risk factor. Blue Zones ones are kinda critical, involving “establishment sanitation, design, and maintenance." When an inspection is completed, the establishment is rated by a letter grade: A, B, C, or D, just like when you were in school where A students were at the top of their class and D students were borderline dropouts.

When covering a story like this one, there can be a problem with a TV news segment -- or even a blog post that clocks in around 600 words. Subtleties can be missed.

No, I'm not saying food poisoning is subtle. So far in my lifetime I've suffered through two bad bouts. But taking a report that rates over 400 FSE's and highlighting a couple of offenders can distort the public's view. Yes, two local establishments -- Pizza Bono in downtown Plattsburgh and Sandi's Kountry Kitchen in the town of Mooers -- did get D's. But if you scan the listed restaurants in the report most of them rated A with a few B's and C's. I don't think Fox 44 mentioned that during its "Dirty Dining" reports. Highlighting the minority of offenders can color the situation the wrong hue (red in this case).

Also, as CCHD stresses, an inspection is a snapshot, what was found during the last visit. Things may improve at a D restaurant while an A might slide into a D rating. Also, mistakes can happen even at a A listed restaurant just one time. While the rating indicates good compliance, it can't assure that something can't go wrong at some point. For example, Sandi's Kountry Kitchen rated an A on October 28th, 2009 but ended up with a D on February 17th, 2010.

But overall I'm reassured that most of the inspected restaurants are rated A by CCHD and that its inspectors are on the job, keeping an eye on things.

I do appreciate Fox 44 TV News raising this issue, even if I do find their approach too much, using the fear factor. At times TV news has been criticized for playing up the danger angle to attract viewers and hold their interest.

When food is stored under a leaky sewage pipe, as Fox 44 reported, there should be concern. But not sensationalism and irrational fear about restaurants in general.

So don't be biting your nails over Clinton County FSE's. (And if you do bite your nails, please use a hand sanitizer beforehand.)