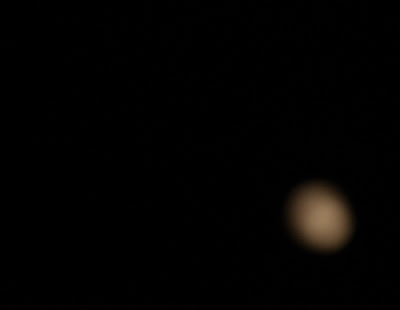 What is going on?

I was curious how Northern New York Paranormal Research Society investigators conducted investigations into such incidents. I spoke with Carmon Rust, NNYPRS lead researcher/equipment technician, at the Paranormal Expo the society sponsored last month and also followed up via email.

Unusual occurrences could be paranormal activity. But investigators of the NNYPRS don't immediately jump to that conclusion. Step by step they rule out alternative plausible explanations. If those rational alternatives don't fit, then what remains can be labeled as unknown.

Carmon is a retired Certified Surgical Technologist and a disabled American veteran who pursues various interests: genealogy, metal detecting, and electronics. This mix of hobbies has given him a background that comes in handy with NNYPRS investigations.

He estimated that approximately twenty percent of all cases remained unexplainable by normal means. Almost all of the investigations fall into the haunting/ghost category. While the investigators are not scientists, they use some scientific method in their work. An investigation can reveal a practical cause. For example, one case involving ghostly footsteps turned out to be people passing by on the sidewalk outside, the sounds carried into the building by unusual acoustics.

If various alternatives are considered and don't fit, then a paranormal explanation has to be considered.

Carmon stressed that NNYPRS doesn't try to push a particular viewpoint on a client. The investigators gather data, draw conclusions, and then share their findings.

“We'll keep going back to a location until the client and team are satisfied that all that could be done, was done,” said Carmon.

Sometimes a client might not agree with the investigator's report.

One case involved a room in a family home that made the children afraid for no obvious reason. The on-site investigation revealed a nonparanormal explanation: there were high readings of EMF (electro-magnetic field) radiation in the room. High EMF levels over a period of time can cause medical issues, said Carmon.

An alternative possibility was that the children were reacting to the high EMF, not anything paranormal. The team concluded there was a problem with a fluorescent light ballast, which was the source of the high EMF. One of the clients preferred the supernatural explanation over the team's conclusions.

“We prefer to call ourselves Paranormal Investigators because that what is what we do,” said Carmon. “We investigate claims and seek answers. We don't enter into any of our cases assuming the place is haunted, that is what 'Ghost Hunter' implies. The term of Ghost Hunter has gained much popularity, due to the numerous reality shows on television today. We don't take offense, but we are happy to explain the difference in the two terms.”

Unlike a television program, an investigation isn't wrapped up in a hour. Many hours are spent gathering data from various sources: personal interviews, photographs, EMF readings, audio recordings, historical research, etc. More time is spent looking over that data. The review process might be long and trying but it's part of the job for NNYPRS investigators in the effort to seek out the truth.