As I entered the elevator on my way to the second floor auditorium, someone was grumbling that the hearing didn't allow any comments from the public. Citizens could only watch, listen. That's the way the Common Council wanted it.

But those restrictions didn't stop the applause.

To be fair, the budget hearing held on Tuesday evening at the Plattsburgh Public Library wasn't a typical open forum. It was a work session for the Common Council to review information provided by Stan Ransom, PPL Director. There was a lot to review regarding the library's proposed budget.

PPL is trying to expand its services, including a return to Sunday hours and the addition of a full-time librarian. The City of Plattsburgh, on the other hand, is trying to keep costs under control. The hearing highlighted the divide between what PPL wants in its budget and what the city is willing to spend.

The meeting opened with a petition being given to the council. The petition was in support of the public library. Earlier I had heard that the signatures included residents of the Town of Plattsburgh, showing that PPL services aren't limited to city residents. 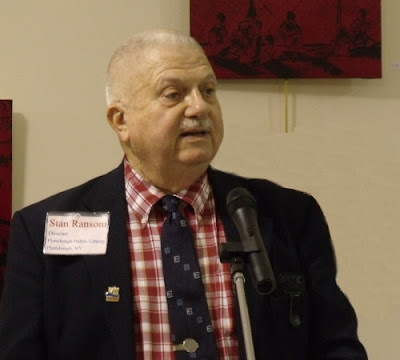 During his presentation Stan Ransom outlined how much money the library has saved by carefully cutting where it could. He also mentioned the increase in usage by patrons. One area that has seen considerable usage has been the public access computers. Some of the computer users are looking for work. Stan cited the latest bad news to hit the North Country, the announcement that the pharmaceutical company Pfizer Inc. was going to close its operations. The library working with One Work Source could provide information needed by the displaced workers seeking employment.

Another area that was important was local history, said Stan. PPL receives many inquiries from people doing genealogical research.

All council members were in attendance, including mayor pro tem Jim Calnon who coordinated the hearing. Mayor Donald Kazprzak was absent. Councilor Michael Kelly took a moment to make some comments supporting PPL. While admitting he was biased (he's the council's liaison to the library), he said that any funds given to PPL would be well spent; Stan Ransom ran an efficient department.

At this point the audience applauded.

About twenty-five people attended the hearing. For those who wanted to comment, there will be an opportunity on Thursday, November 12th, at 5:30 PM at the next Common Council meeting held in City Hall. 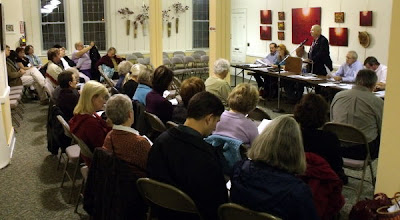 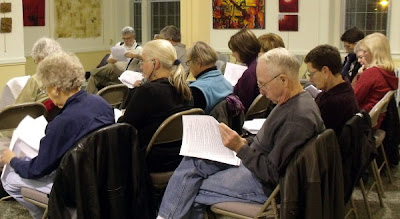 [NOTE: From the stickler to reality department. The second image, the close-up of Stan Ransom, was photo-edited to removed distracting artwork behind his shoulder. Blame it on bad composition on my part when I took the shot.]