The Strand marquee isn’t the only spot where messy pigeons like to roost. Check out the dilapidated building on Miller Street across from the Municipal Lighting Department. 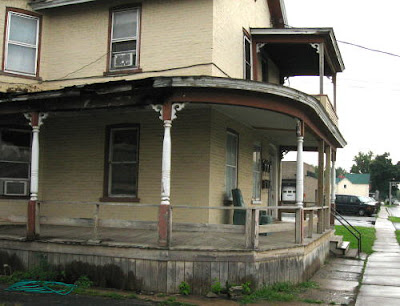 The ceiling to the wraparound porch has sagging boards, leaving gaps. Chicken coop wire has been put up to keep out the defecating doves but there are other gaps allowing entry.

It’s ironical that this deteriorating property is only a short walk from City Hall and the Press-Republican offices. Check out the article at the P-R website entitled “Lakeside hit with dozens of violations,” Aug. 10th. It describes a tour of Lakeside Apartments with the mayor, police chief, and a P-R reporter surveying the sorry state of the complex. During the tour “a large chunk of roof” fell off.

But why go all the way out to Lakeside and raise a big stink while ignoring a building just as bad in the downtown area? In this case maybe City Hall and the P-R believe in NIMBY when it comes to pointing attention at a building rotting away.

Hang around this Miller Street eyesore long enough and maybe you’ll see a chunk of it falling off. 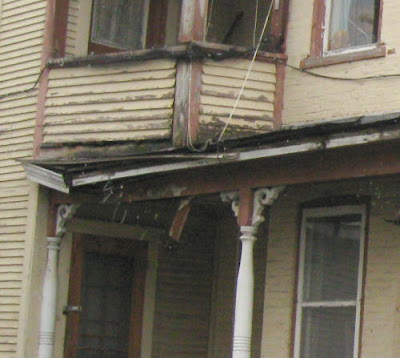 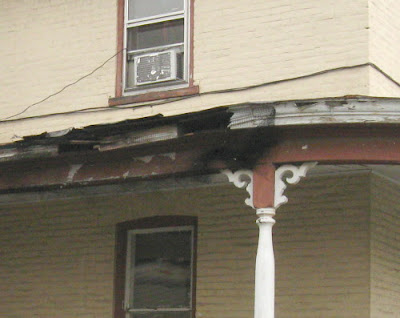