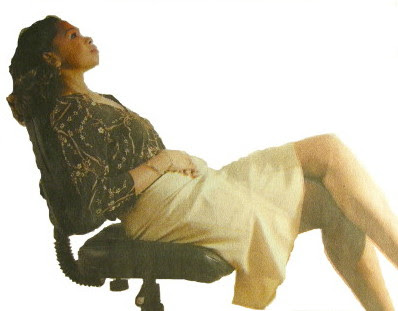 Lately the job market in general can best be described in wintry terms: cold, bleak, gray.

Want a job that pays a dollar more than minimum wage? You’ll be left out in the cold, pal.

Times are tough again. I’ve seen this all before, especially during the Reagan Depression of the early 1980s. Back then you could pick up the local newspaper and see a photo showing 300 people waiting in line trying to get a job application at a new restaurant.

Walk up and down the mall, seeking a sales clerk job. Even if you fill out a form, you never hear back from the store.

So you try all the other stores scattered around town. At one place where I was more than qualified, I mentioned I was worth more than minimum wage pay per hour because of my work experience and background. The manager pointed to a stack of applications lying in a chair near his desk: “Well, those people are willing to work for minimum.”

Stand in line at the unemployment department and notice the pie chart on the wall. It breaks down the pay ranges in Clinton County. Roughly two-thirds of the chart is red, indicating minimum wage jobs.

Today in the Plattsburgh daily newspaper there was a display ad promoting the wonderful service it offers to jobseekers.

A young professional woman leans back in her office chair in the photo accompanying the ad. She’s looking up towards heaven, meditating, thinking about her future.

The copy reads: “You’ve done the soul searching. Now find a job that feeds it.”

The ad says that you’re unique and that you should get connected with an employer as unique as you. So use the newspaper’s online job listings and make that connection. It’s so easy.

What is the woman in the ad dreaming about? Maybe she wants to help others so she she’ll become UN diplomat, helping poor people in a downtrodden third world country. Then after a year or two she can become vice-president of the World Bank.

Lady, if you lose your secretarial job, you’ll be lucky to be working for tips at a pizzeria. You might find yourself living in third world conditions for a while. Unless your last name is Rockefeller or Kennedy, forget it.

That’s why I cast a skeptical eye at any ad that infers changing jobs is as simple as changing socks.