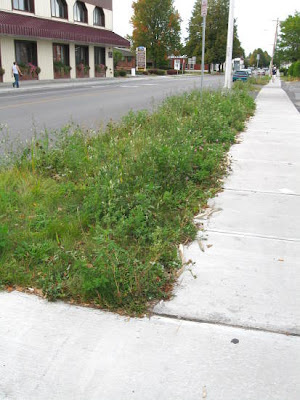 JEERS: to owners of vacant properties and to absentee landlords who sometimes overlook the condition of their lawns. What brought this to our attention is the northeast side of the corner of Margaret and Cornelia streets in downtown Plattsburgh, where the grassy area between the sidewalk and the street has become a jungle of tangled weeds. (Cheers and Jeers: Sept. 22, 2008.)

The property owner is sharing his love of wild plant life with the rest of us. Why assume that he’s indifferent to the overall look of downtown Plattsburgh? 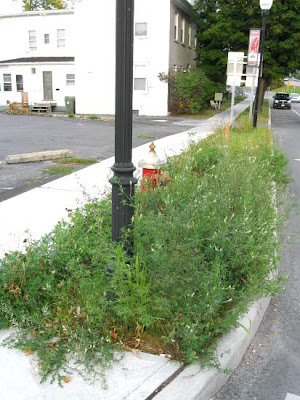 Six days after the PR editorial not one weed has been clipped. Ergo, the property owner is indeed maintaining a weed garden as an artistic statement. Of course, one could assume that the city is once again lax in keeping up a good impression. Or PR editorials have as much influence as a flea fart in a hurricane. But either assumption couldn’t possibly be true, could it?

In the same PR editorial skateboarders were chastised for reckless actions while gliding along in the street, making risky maneuvers with car traffic. Doesn’t the Press-Republican know that skateboarders rule the road? Especially the intersection of Protection Avenue and Marion Street?

The PR editors should get out and walk around more often. For too long they’ve been comfortably secluded in their graystone office/fortress.