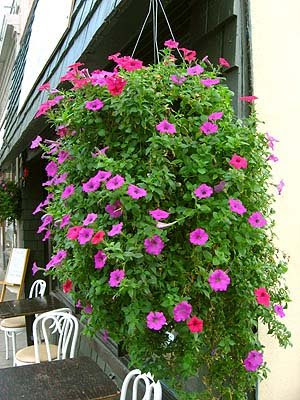 The last thing a hungry customer wants to see near a restaurant’s entrance is a fresh pile of dog dung. It kinda kills one’s appetite.

Harold Benjamin, co-owner of Benji’s Café & Bakery in downtown Plattsburgh, did more than just complain about the matter. He called the city police after witnessing the dog-owner’s neglectfulness. Knowing the dog-owner lived in the neighborhood, the police went from door-to-door until she was found.

The police had her pick up her mess and also gave her a warning.* (Kudos to those officers.)

With co-owner Betty Benjamin, Harold is doing his part in sprucing up downtown. Flowers decorate the front of his café, thanks to a couple of hanging pots and a large wooden bucket on the sidewalk. He told me that people enjoy the color they add to the area.

But what about flower vandals? People who enjoy ripping up decorative plants and throwing them all over the place?

It does happen, said Harold, but he took a measure to discourage such misconduct. He nodded at his video surveillance camera in the café’s front window. One time a vandal started to rip up a plant but left it where it was when he spotted the camera aimed at him.

What Plattsburgh needs are more people like the Benjamins: people who take a proactive approach to downtown’s chronic problems. If every business and property owner did their bit, the sum total would be much greater than its parts. 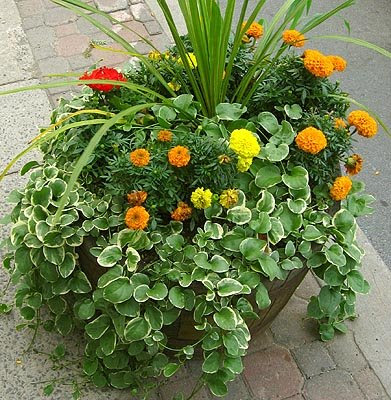 I am shocked that the police did not give her a ticket. Too many warnings for many violations do absolutley nothing. Give the tickets and forget the warnings!! We've been lenient for too long and no one has any fear of consequences.