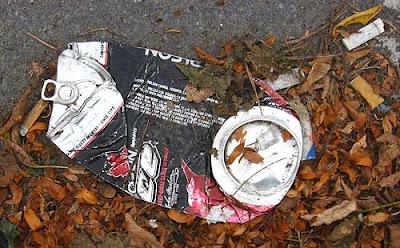 Sometimes I like to photograph crushed aluminum cans in the street. Why? Because it’s a free country – or so I’ve been told.

I’m near the Post Office when I notice a crumpled cylinder in the gutter. The parking spot is free but when I get ready to shoot, a car pulls in. So I walk away for a while and wait for another chance.

When I come back another car has pulled into the spot but not as close to the curb as the first one. It’s a busy time of day for the Post Office, so I decide I might as well get the shot now.

I crouch to get the shot, my camera aimed straight down. Suddenly a woman appears – the owner of the car – and she pointedly asks me what I’m doing.

I’m sick of this routine. OK, if you’re curious or even concerned, how about inquiring with a civilized tone instead of challenging me like a criminal? Better yet, why don’t you say nothing and watch what I’m doing? If it turns out I’m doing something wrong, then call the cops.

This woman sees me crouch down with a camera behind her car and she immediately assumes I’m committing a transgression against her precious vehicle. What does she think I’m up to? Does she have something to hide? Is there a terrorist nuke strapped underneath her car?

Some people act stupid when they see a photographer. In their narrow minds human + camera = problem. But take away the human presence and they don’t think twice about being surveilled by a not so obvious camera, a spy eye without the immediate physical presence of its operator. 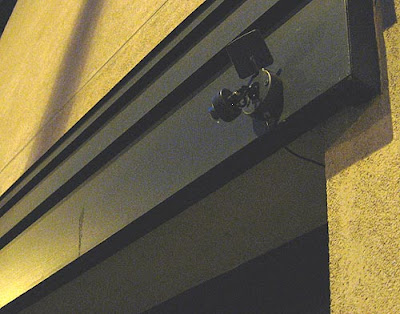 Wake up. You’re being watched, recorded. Sometimes this is necessary to prevent or cut down on crime. In some cases it’s Big Brother.

I’m not your problem. At least I operate out in the open. It’s what you don’t see that sees you that you should worry about.