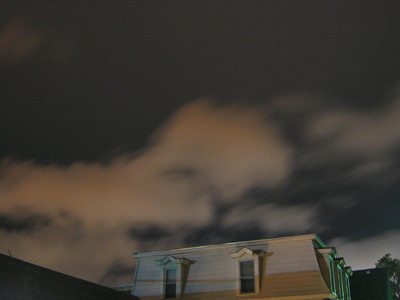 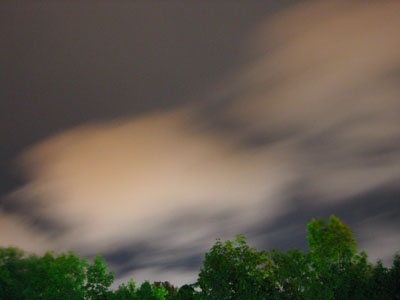 I was walking around the other night when I noticed some low-hanging white clouds drifting in the sky. Since the rain was holding off for a while, I went home, grabbed my digital camera and tripod, and did a few time exposures.

I kept looking over my shoulder, expecting a city patrol car to show up, a police officer asking me what I was doing. But I shot away, trying different angles and exposure times. No police. Apparently they had real crimes to deal with that night.