Keeping An Eye On (Small) Things

For three days I kept checking on a house owned by friends who were away on a short break. My main responsibility was their Yorkshire Terrier who can be a handful if she doesn’t know you.

But after the second day she didn’t bark at me. She must have realized that I was there for her benefit, conducting my three vital roles: Provider of Food, Supplier of Water, and Changer of Newspaper.

I would spend some time with her just so you would have some company and help to break up the day while her owners were absent. By the last day she became so accustomed to me that she went out on the side porch to take a nap.

When she curled up next to a row of sneakers, I realized how small she was. So I took a few shots, trying to show how tiny and vulnerable she appeared while sleeping. 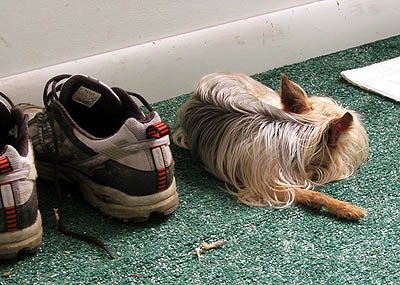 Also during my house watch, a reflection on the kitchen sink faucet caught my eye. Apparently a mean mutant mite, red with anger, had been keeping an eye on me from the windowsill. 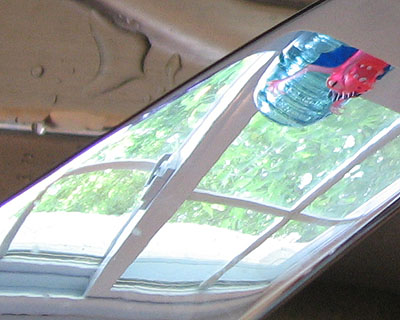